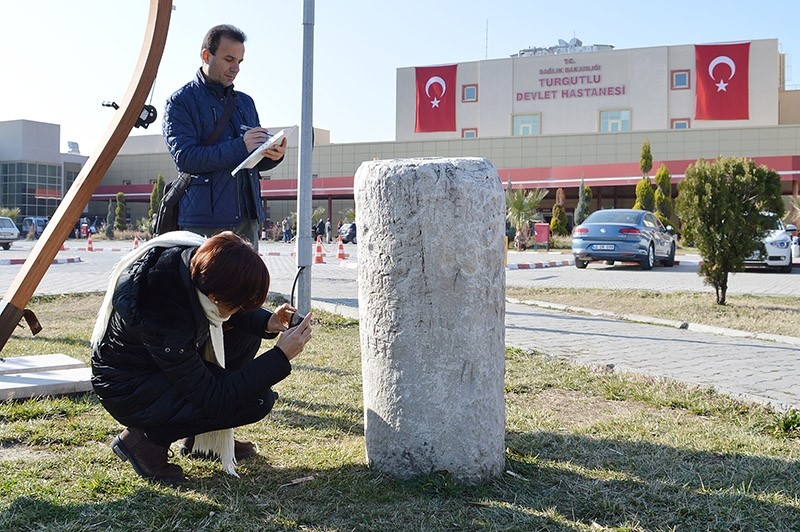 A piece of marble used as a table in a hospital in Turgutlu, a small town in Turkey's western province of Manisa, has turned out to be part of a historical column from the Roman era.

The Provincial Directorate of Culture and Tourism in Manisa started investigations after a citizen notified authorities that the table in the garden of Turgutlu state hospital's cafeteria could in fact be a historical artifact.

In their first findings, experts confirmed that the piece of marble belonged to a column from the Roman era dating back to between 1,500 and 1,800 years ago.

The piece of marble was later referred to the Museum Directorate for further research to determine exactly which era and ancient region it belonged to.

The hospital's chief physician Sabri Taşçıoğlu assured the experts that none of his employees had known that the marble table was of historical value.