Mysterious treasures of the Göktürks waiting to be visited in Kyrgyzstan 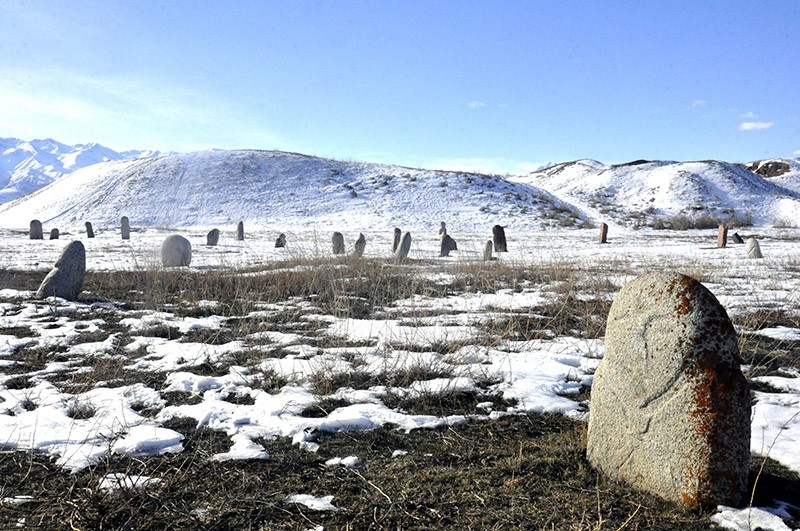 Kyrgyzstan is home to human-shaped stone sculptures made by the Göktürks, a nomadic confederation of Turkic peoples established in Central Asia before Islam.

The human-shaped sculptures are also known as "balbal" or "father stones." They have a strong face shape that reflects their social status, titles or warrior identities. Not only are they works of art, therefore, but the sculptures also carry the secrets to unlocking the culture and traditions of the period.

Karaçağ, who studies the early Turkish and Islamic arts in the region, explained that Göktürk human-shaped stone statues can be found from Siberia to China, from Mongolia to the Balkans and demonstrate the geographical spread of the Turks. 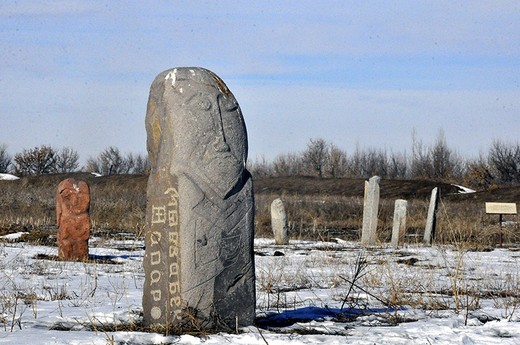 While the ancient sculptures can be found all over central Asia, a majority of the Göktürks' remaining artifacts are found in Kyrgyzstan.

Last year, the Turkish Cooperation and Coordination Agency (TIKA) announced its plans to transform an ancient Göktürk burial ground into a museum. The kurgan, which is a burial mound erected over a chamber often made of wood is situated in the Blugan region of Mongolia. TIKA aims to protect the cultural heritage of the Turkic people.

The human-shaped stone sculptures can be found in the open-air museums of Chuy and Issyk Göl in northern Kyrgyzstan.