Anatolia’s biggest caravanserai to be restored 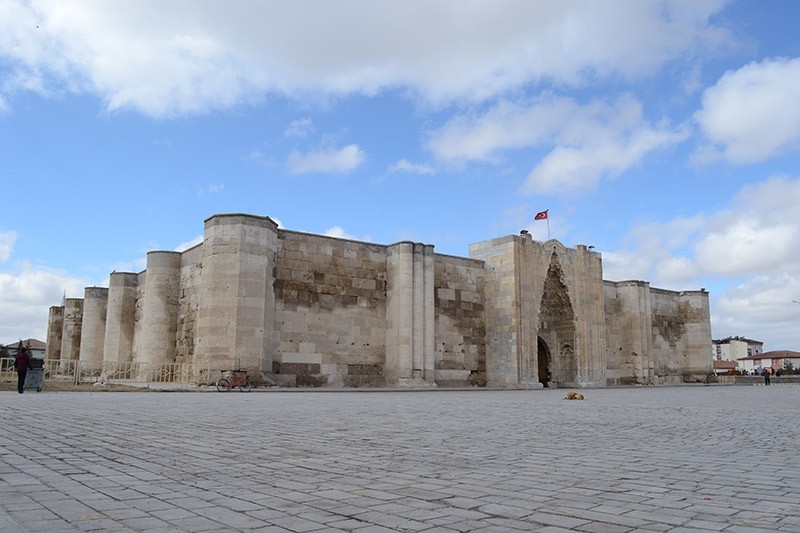 Restoration work for Anatolia's biggest caravanserai, called "Sultan Han," will start in March in the town of Sultanhanı in Turkey's central Aksaray province. The caravanserai was built eight centuries ago by the Seljuk Sultan Alaeddin Kayqubad to provide shelter and protection to travelers on the Silk Road.

The 6-million-Turkish lira restoration project will showcase traditional handicrafts including carpet weaving, copper, pottery and textile ateliers, and integrate a carpet museum, all within the historical caravanserai.

Kemalettin Cengiz Tekinsoy from the Ministry of Environment and Urbanization said that the building was of great importance to Turkey and was situated in a special protected area near the Salt Lake.

Stating that the project will probably take three years to complete, Tekinsoy added that it would also support the protection of both the city and of the historical building itself.

The restored caravanserai will be a cultural, touristic and social facility that will contribute to Aksaray's value.

Sultanhanı Mayor Fahri Solak stated that the caravanserai was restored 60 years ago, highlighting that the new project will be carried out in accordance with the original building.

The Seljuk structure of Sultan Han is both Turkey's and world's biggest caravanserai, attracting 500,000 tourists each year, the mayor added.

The restoration project will integrate the missing two and a half meter think stone wall in front of the caravanserai, and will also prevent water flow from the upper stories.

The Seljukian piece of architecture was built along the trade route in 1229, during the reign of the Seljuk sultan Kayqubad I by the Syrian architect Muhammad ibn Khalwan al-Dimashqi along the Silk Road trade route which stretched from Konya to Aksaray and continued into Persia.