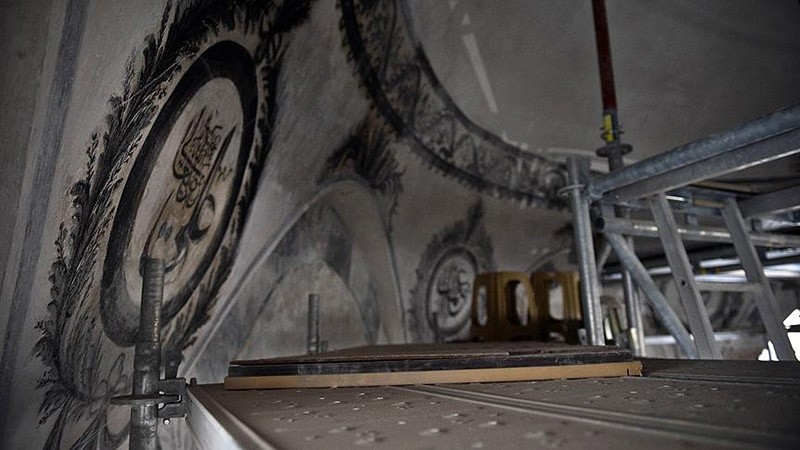 The ancient Şeyh Süleyman mosque will open to the public on Wednesday, after having been renovated as part of the Med-Art Education Project, which was carried out by the Turkish General Directorate of Foundations and the Italian Association for Architecture, Art and City Restoration.

The mosque, which is located in Zeyrek neighborhood of Istanbul's Fatih district, will host an opening ceremony with the participation of Deputy Prime Minister Veysi Kaynak, Economy Minister Nihat Zeybekçi, Italian Economy and Development Minister Carlo Lakenda and the Director of Foundations Adnan Ertem.

The ancient mosque was initially built as a burial place using Roman architectural style, and was then transformed into an Islamic monastery by Şeyh Süleyman Efendi after the conquest of Istanbul.

The Şeyh Süleyman mosque was first restored in mid-18th century, when an earthquake or fire damaged the building. During this renovation, a minbar was added so that the building could be used for Friday prayers.

The building was restored one more time in the 19h century during the end of the Ottoman era due to further damages caused by natural disaster. However, the most extensive renovation work has been carried out between 2013 and 2017 as part of the Med-Art Education Project.

Thanks to this project, the mosque has been turned into a conservation laboratory, during which technical expert teams from Turkey and Italy had the chance to exchange experience and information in practice.

The small building is an example of Byzantine architecture with a square plan and an octagonal dome. Four niches are located in the corners of the building inside, while eight other niches covered by a dome vault form a burial crypt.