by Anadolu Agency Feb 22, 2017 12:00 am
Archaeologists and engineers have geared up to bring a 2,000-year-old Roman bath to light in Yozgat's Sarıkaya district. The public bath, which is also called the "King's Daughter" by locals, is considered to be an important historical structure dating back to the Roman Empire.

Speaking to reporters, Sarıkaya Municipality Mayor Ömer Açıkel said that although there are many Roman baths around the world, the bath in Sarıkaya is quite unique.

"The bath is one of two Roman baths which have had hot water inside since the day it was first built. The other one is in the U.K. The bath in the U.K. shows similarities with the bath here in Sarıkaya and attracts nearly a million tourists to the region every year," Mayor Açıkel said. 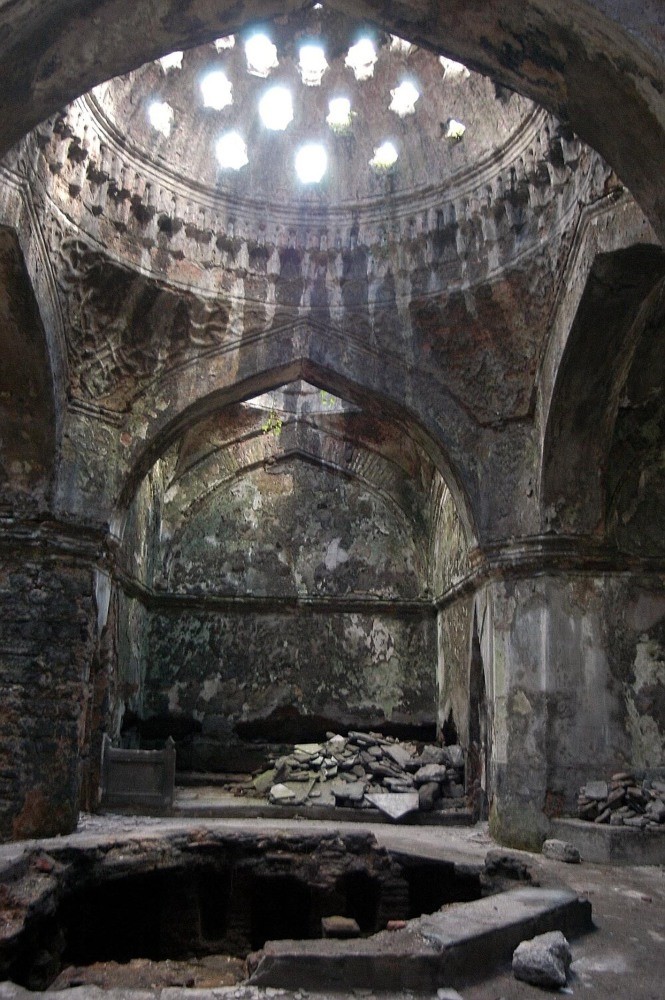 The rescue excavations initiated by the Yozgat governorate and the Culture and Tourism Ministry in 2010 began to yield results in 2014 and 2015, following the discovery of a huge pool with exquisite masonry.

The bull is a figure that archaeologists come across a lot in Roman buildings as it symbolizes the empire's power. However, the bull figure in the public bath in Sarıkaya features a snake with its tongue out symbolizing the Goddess of Health in Roman mythology. This proves that the bath in Sarıkaya is one of world's oldest thermal wellness centers.

Mayor Açıkel informed that the rescue excavation has been undertaken by the Culture and Tourism Ministry along with the Yozgat governorate and the Yozgat Special Provincial Administration.

Noting that the archaeological site was once part of a neighborhood featuring the houses of the locals, Açıkel said the buildings were brought down in 2014 and the archaeologists managed to reach out to the 2,000-year-old pool.

"We are trying to include this unique and beautiful archaeological finding to the world heritage list. We have already applied to UNESCO for the recognition of the Roman wellness center by World Culture Heritage List. The Sarıkaya Roman bath is listed as the archaeological sites that have to be seen by the guide provided by the Culture and Tourism Ministry," Açıkel said.

The Roman pool still preserves its thermal water which can sometimes get as hot as 48 degrees Celsius. The healing effects of the water have been proved by some university reports. Although the large pool has been unearthed by the archaeologists, there are two other pools in the site, waiting to be excavated.
RELATED TOPICS