'Zemzem' chronicles half a century in Bosnia 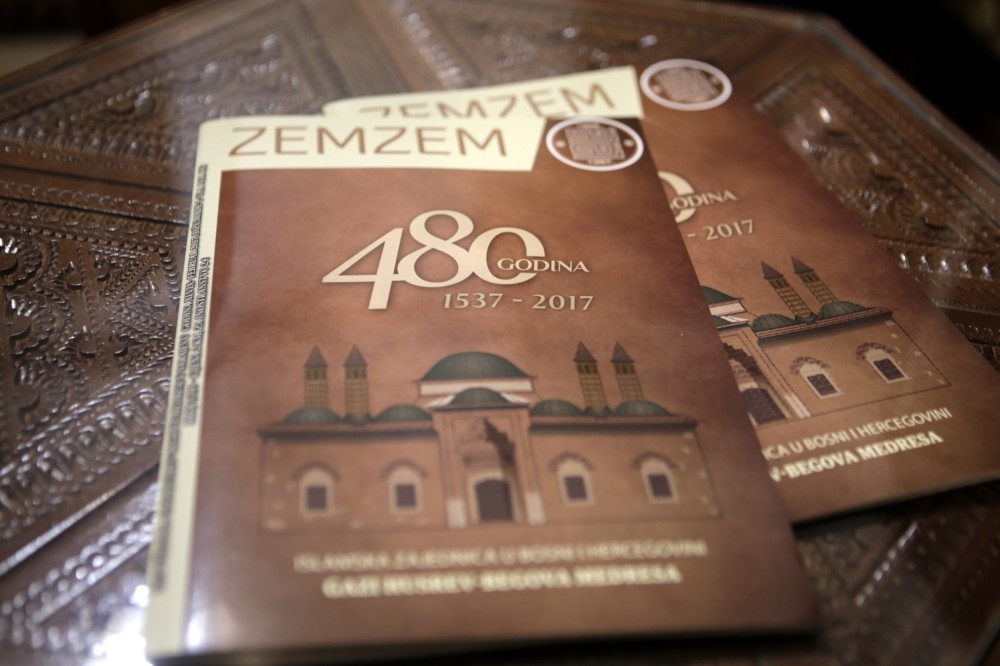 by Anadolu Agency Mar 14, 2017 12:00 am
A magazine titled "Zemzem," the name of the water - sacred in Islam - found in Mecca, that has been published for 50 years by the students of Gazi Husrev-beg Madrasah located in Sarajevo, the capital of Bosnia and Herzegovina, is playing a crucial role in keeping Islamic tradition in the country alive.

The magazine, which was first published in 1968 during the communist Yugoslavian period, gathers young writers and is regarded as the students' most important legacy, who have been educated in the madrasah for half a century.

When the magazine was first published, Zemzem held the title of being the first magazine with religious content in the country. It attracted attention for its uninterrupted publishing except for in 1992-1993, when the war in Bosnia was going on.

Almin Mahmutovic, who took on the responsibility of being Zemzem's editorial coordinator, which is published quarterly by Gazi Husrev-beg Student Association, said that the name of the magazine reflects what students want to do with their articles. "We hope our readers are filled with knowledge just as thirsty people who drank the pure water of the source Zemzem," he said, which is also the introduction part of the first issue of the magazine.

Mahmutovic stated that the income from the magazine, which is sold for one euro, is used for the student association and for the magazine's publication. He underlined the importance of Zemzem for the modern history of Bosnians.

Zemzem was the first Bosnian journal with religious content after World War II and the circumstances were not "very convenient" when the project was realized.

Mahmutovic, who was once a student at the madrasah where he currently teaches, said, "All students educated at this madrasah contributed to the publication of Zemzem in one way or another. I think this magazine is the greatest heritage of the students of the madrasah."

Zemzem gives talented students the opportunity to improve themselves and allows the Islamic values protected by the 480-year-old madrasah to be presented by the students while contributing to their moral education.

Riad Subasic, the magazine's editor-in-chief, stated that many successful and renowned Bosnian academics, authors and poets wrote their first formative stories in Zemzem.

Subasic, who continues his education at the madrasah, said students are writing articles on religious subjects, literature, sports, philosophy and other areas. In addition to the writing council selected at the beginning of each academic year, the successful pieces written by other students are published in the magazine, he added.
RELATED TOPICS