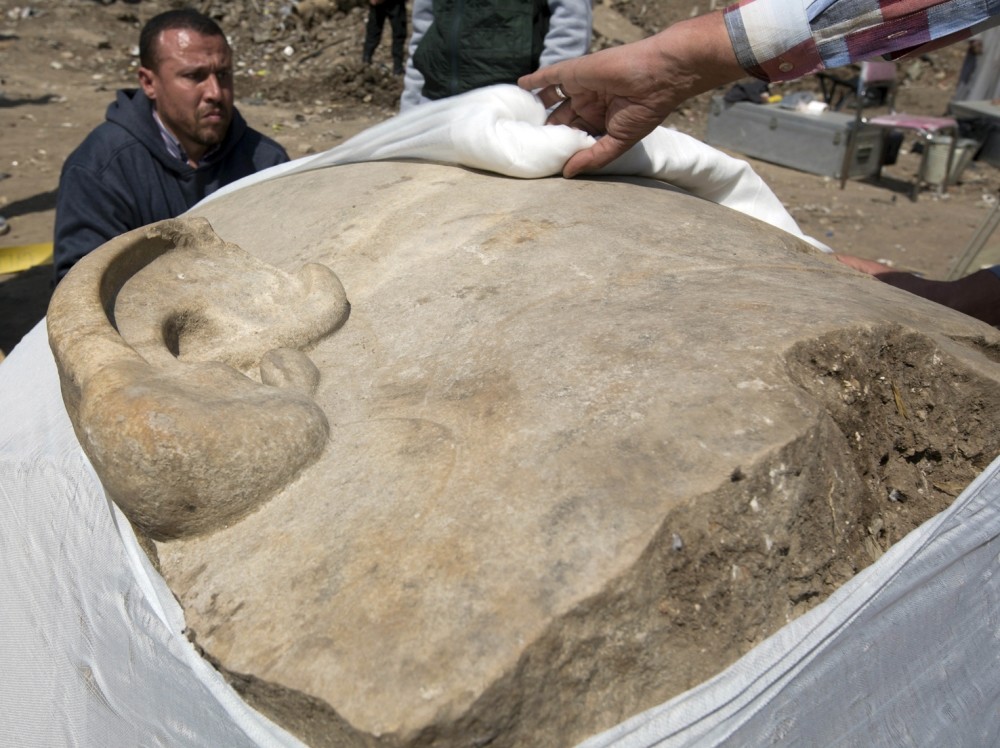 by Mar 15, 2017 12:00 am
A group of Egyptian and German archaeologists unearthed on Monday the second part of a massive statue believed to depict Rameses II, one of ancient Egypt's most powerful pharaohs.

The upper part of the body was lifted out after it was found three meters under groundwater in the working-class neighborhood of al-Matariya in eastern Cairo.

Pieces of the crown, a fragment of the head, the right eye, and the complete right ear were pulled out on Thursday.

The statue is thought to be 8 meters long in total.

"This most probably belongs to Rameses II, or an older king and then the statue was reused as Rameses II. There are some features in the bust, ear and eye which make us think that maybe it belongs to an earlier period than Rameses II," Egyptian Antiquities Minister Khaledel-Enany said.

"It is a big discovery, one of the greatest discoveries of recent years," he added. "I hope they find the lower part of the colossus."

Conservation workers covered the newly lifted part of the statue with acidity-free paper and wet cotton to create the same environment as where it was found.

"We are hoping to find the rest of the statue, but it is also possible it was reused for other monuments in Cairo," Dietrich Raue, head of the German team, told reporters.

Officials hope to put the new pieces on display at the Egyptian Museum in central Cairo within days.

Raue said they will then be moved to the Grand Egyptian museum, on the outskirts of Cairo, next year. The mission has been excavating in the area since 2012.

Rameses II, the third pharaoh of the 19th Dynasty, ruled ancient Egypt for 66 years starting from 1279 BC. Known for his military expeditions and monuments, he has a famed temple in Abu Simbel in southern Egypt.
RELATED TOPICS