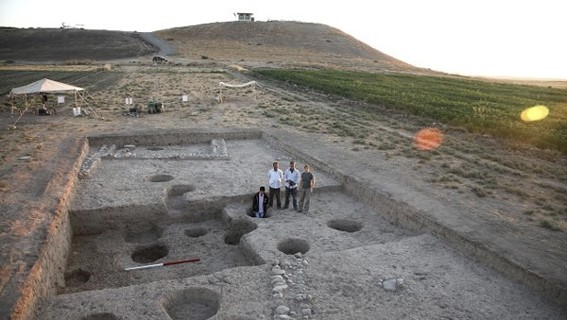 The Ziyaret Tepe Mound in Diyarbakır's Bismil district continues to reveal remnants of the Assyrian civilization dating back to the 9th century B.C, with the ongoing excavation as part of an joint project by Marmara University and Cambridge University

Including information, findings and visuals from the excavations in 2014, the book "Ziyaret Tepe (Tusshan) - Discovering the Anatolian Borders of the Assyrian Empire," was discussed at a panel at Soho House in the Beyoğlu district of Istanbul recently.

The book aims to provide more information on the cultural heritage of the Assyrian Empire, to raise consciousness, shine a light on the global history and relay the cultural richness of the region to future generations. Providing more information on the book, Prof. Köroğlu noted that Tusshan is located on the Tepe Village close to the Bismil district of Diyarbakır and is on the south bank of the Dicle River, and is the largest mound among four other mounds in the region. "An international team consisting of members from America, Europe and Turkey performed great work here. There were people from their fields of expertise in the team," Köroğlu said. 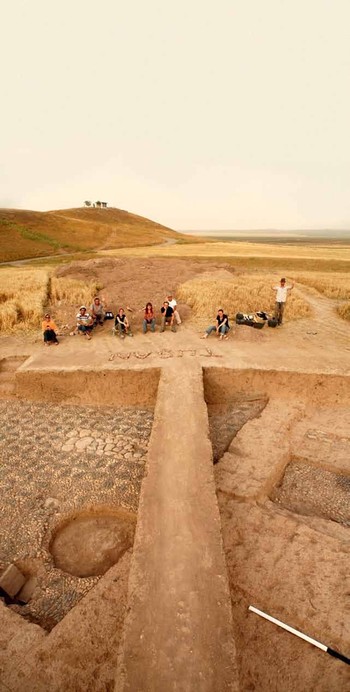 He further said that despite archaeological excavations, their findings also demonstrated the eating habits of the people and animals in the region.

The most crucial area is the garrison town, the city center belonging to the Assyrian period. There are large palaces and mansions on the top level of the city center while there are administrative buildings and warehouses in the lower city. The city is also surrounded by city walls. "The Assyrian King arrived and visited the city in 882 B.C. He announced the establishment of these garrisons with epigraphs he built. We also understand from a tablet that Tusshan was demolished in 611 B.C. This is a state that was alive between 882 and 611 B.C. The reason for th

e establishment of this state was to benefit from the touristic potential of the region and to support the capital region with this potential," Köroğlu said.

He further noted that the Assyrians had transferred all their outputs in arts, architecture and daily life to the region.

They have established a small model of their capital at Tusshan. Therefore, the antiques, grave gifts and small objects used in daily life resemble the examples from Assyrian capitals. "We got the chance to discover and understand a state center for the first time here. Buildings with large backyards with floors covered with mosaics were unearthed. We found rich gifts buried under the floors of graves. In addition, we also found the first hints about the tradition of cremation in Assyrians," Köroğlu further noted.

In the excavations, the graves belonging to senior executives and palace workers buried in the backyards of Assyrian palaces were discovered. Plus, certain hints to before and after the settlement of the Assyrian empire were also revealed.

There are traces of both settled cultures and also nomadic societies at Tusshan.

Köroğlu also highlighted the difficulties of preserving architectural artifacts made of clay.

He said that especially under Turkey's conditions, clay artifacts that are preserved and can be displayed are rare. The best method for preserving a clay artifact is to document it, present it to the academic world and then after taking a few protective measures, bury it under soil and preserve it there, according to Köroğlu. "This is exactly what we did at Tusshan. We would like to turn Diyarbakır into an outdoor museum. However, we need a much higher budget, arrangements and efforts to sustain it in order to achieve that," Köroğlu noted.

After stating how glad he was to be in Turkey and especially in Istanbul, Dr. John MacGinnis said an excavation was carried on an area of 25 hectares and once they began the excavation works, he realized how important this was.

They unrevealed early structures such as the governor's palace, some residences of the elite and barracks, and they've tracked the entire history of the Empire from its emergence in the 9th century B.C. until its collapse. "The most outstanding finding was a clay tablet with a cuneiform that indicates that a language existed 2500 years ago which we didn't know before. The tablet contained names of 60 women who were brought to Tusshan on the table we found at the palace," MacGinnis said.
RELATED TOPICS