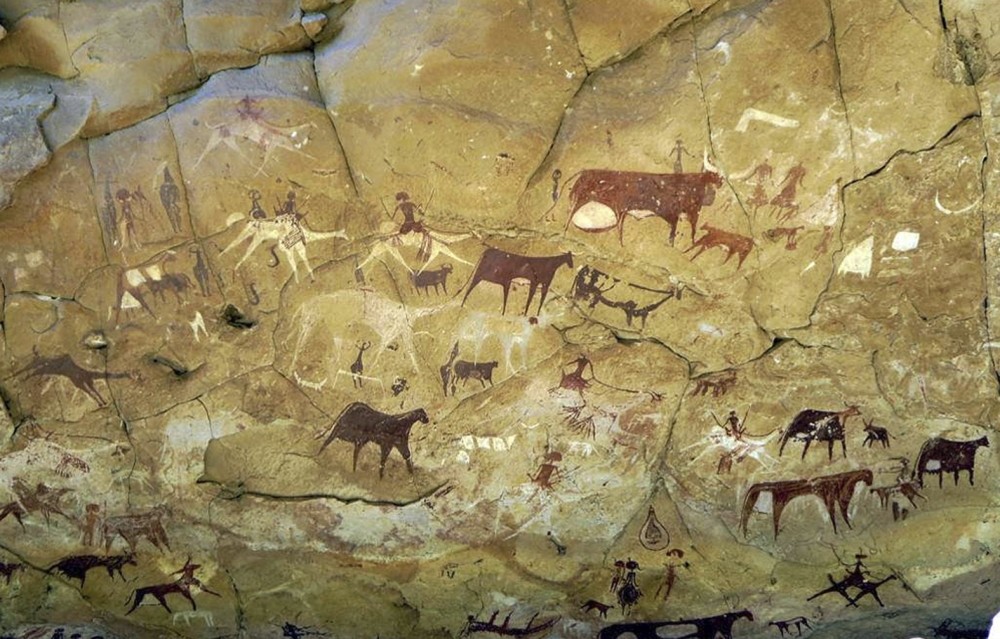 by Mar 21, 2017 12:00 am
Cave paintings at a UNESCO world heritage site in Chad have been defaced by unknown vandals, the central African nation's culture minister told AFP on Sunday.

The cave paintings are located at Archei in the stunning landscape of the sandstone Ennedi Plateau in northeast Chad, which is near the border with Sudan.

"We discovered inscriptions left by some visitors. They wrote on top of the cave paintings," said Minister Mahamat Saleh Haroun, also a Chadian filmmaker.

The natural and cultural landscape of the Ennedi Massif was declared a world heritage last year by the U.N. cultural agency UNESCO.

The writing consists of "some names" of visitors and the last messages date from January of this year, said Haroun, who has seen photos of the damage.

Most of the cave paintings date from 4,000 years ago and depict some figures and animals like giraffes, according to UNESCO.

"Thousands of images have been painted and carved into the rock surface of caves, canyons and shelters, presenting one of the largest ensembles of rock art in the Sahara," UNESCO says on its website about the Ennedi Massif.

When taking over the culture ministry in February, Haroun had said one of his objectives was to draw more attention to Chad's tourist sites.

As a filmmaker, Haroun made headlines in 2010 when he became the first Chadian to enter and win an award at the Cannes Film Festival's main competition with "A Screaming Man."
RELATED TOPICS