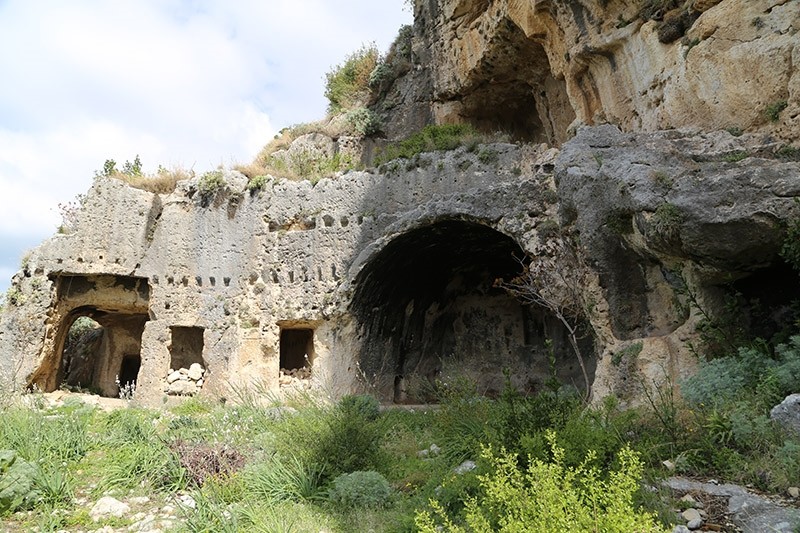 Efforts are underway to boost tourism near the site of an ancient water tunnel from the Roman period, located in Turkey's southern Hatay province, which has historically hosted numerous civilizations at different times.

Located in Hatay's Samandağ district, the promotion of the five meter long water tunnel is expected to revive tourism in the area, which is located 30 kilometers away from the city center and is home to Christians, Muslims and Armenians.

The tunnel extends from Kapısuyu district to Mağaracık and can be an ideal location for trekking in nature, as it allows visitors a site of the Kel Mountain and 14 kilometer-long Samandağ coastline.

Samandağ District Governor Cahit Çelik has reportedly told the Anadolu Agency that their work on the water tunnel will respect the natural structure of the region.

He noted that they want to attract both local and foreign tourists, while adding that their district has not had its fair share in the tourism industry.

"Samandağ has the longest coastline in Turkey" Çelik said, and continued by noting that the Vespasianus Titus Tunnel, Saint Simeon Monastery, and other ancient sites.

"This tunnel has the potential to attract tourists not just from the Middle East, but also from Europe and other parts of the world" Çelik said.

Samandağ, also known as Seleucia Pieria or St. Symeon, was established by one of Alexander the Great's generals Seleucus Nicator around 300 BC as a port city and served a major hub in the Mediterranean during the Greek and Roman era.