Centuries-old tomb in southeastern Turkey to be moved this April 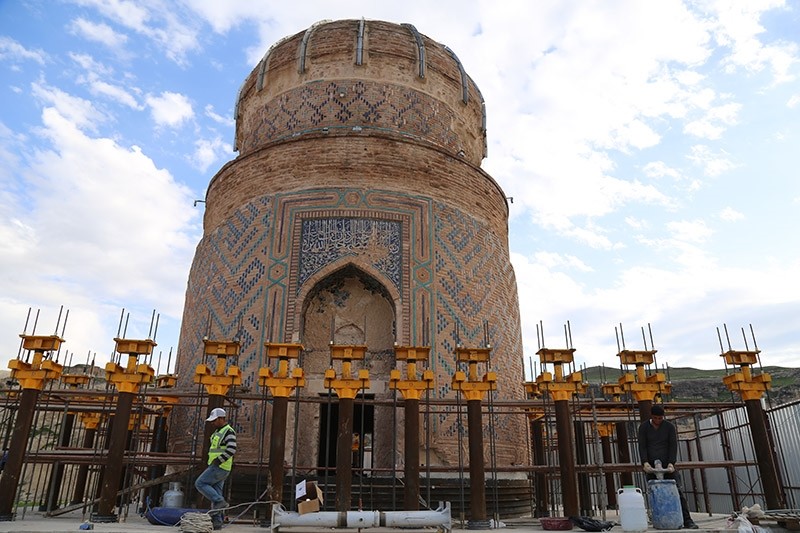 The 650-year-old Zeynel Bey Tomb, which is located in close proximity to the Ilisu Dam in southeastern Turkey, will be moved to the new Hasankeyf Cultural Park April 18 to avoid being inundated with water and damaged.

Through the moving project, which was undertaken two years ago by the General Directorate of State Hydraulic Works (DSİ) and approved by the Diyarbakır Natural Preservation Board, the 100-ton structure will be transported in one piece.

Within the scope of the final stage of the project, a new two-kilometer-long and 25-meter-wide road was created specifically for the transport of the tomb.

The move will take place with the help of 96 trailers, and a team of 52 people including six engineers and three architects.

Hasankeyf District Governor, Faruk Bülent Baygüven, explained that the tomb had to be moved before the completion of the dam to avoid being flooded. Baygüven stated that the team was reaching the final stages of their two-year-long plan as they prepare to move the structure on April 18.

"This is the first time in Turkish history that a historical monument of this size and weight is being transported in whole," Baygüven said, adding, "The trailers carrying the tomb will travel at an average speed of two kilometers per hour."

The move is scheduled to take about eight hours to complete.

"This transport is proof of our government's commitment to historical monuments. The whole world will see how much we care about history. The tomb will be an important monument in the revival of Hasankeyf's tourism," Akdeniz said.

Zeynel Bey was the son of the ruler of the Akkoyunlu Dynasty, Uzun Hassan. The Dynasty had dominion over Hasankeyf and the surrounding regions throughout the 15th century. After dying in battle in 1473, Zeynel Bey was buried in the circular brick tomb that was decorated with glazed navy blue and turquoise tiles, built by the architect Pir Hasan.