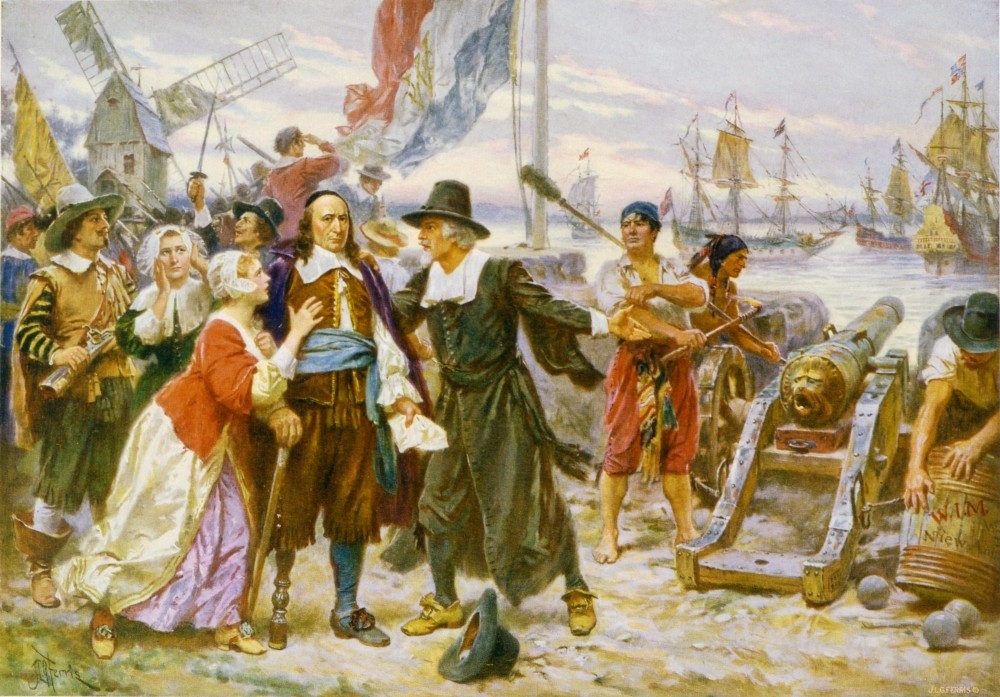 The great colonial empire established by the Netherlands and the policy it practiced in the lands, which measure 40 times larger than its own, overshadowed its humanist history. The rising trend of fascism in the country is being followed with astonishment and concern

The Ottomans used to call the Netherlands "Felemenk" (Flemish Country), known for its cheese, windmills, bicycles, lilies and Holstein cows. The Flemish (also called Dutch) are a Germanic tribe. The Europeans, on the other hand, call it the Low Countries (Fl. Nederland, Eng. Netherlands, Ger. Niederlande, Fr. Pays-Bas) since the majority of the country is below sea level. The Netherlands is a country of channels. During the French invasion, the Flemish opened the canal covers, drowned the occupiers in water and saved their homeland. They acquired a lot of land thanks to the seaside sets.

Holland is the richest of the provinces and the only one that constitutes the homeland. However, both the British and Germans often call the entire country "Holland" because of its position as the long-time heart of the country. When the Netherlands, formerly known as Lower Lotharingia, came under the rule of the Count of Holland in the 11th century, the country also began to be known as "Holland" as well.

The Dutch provinces existed for a long time under the dominion of the Habsburg Empire. As Protestantism spread, the Catholic emperor tried to suppress the new sect and hundreds of thousands of Flemish people were burned in the public squares. Nevertheless, Protestantism settled in the Netherlands. Belgium, on the other hand, remained Catholic. After that, the Habsburgs could no longer hold the country. In 1581, the Netherlands announced its independence under the name of "the United Provinces." The seven states elected the president (sthathouder), and elected a king who would generally be from the Nassau-Orange dynasty. The current Dutch king is from this family as well.

The Netherlands soon became one of the great states and was recognized as such until 1713. It was a place where with a dense population; numbering 190,000 in the 1590s, Amsterdam was one of the largest cities in Europe. The country became rich through maritime trade, banking and jewelry and the country was able to declare its independence thanks to its wealth. In time, Amsterdam became the stock exchange of Europe. The Amsterdam Bank, along with the Dutch East India Company, gained state power within the state. The pirates of the Netherlands hit 545 Spanish ships between 1623 and 1636 and delivered a major blow to Spain.

The Dutch were the first to go to America. New York's name was formerly "Nieuw Amsterdam." The first white people that set foot in Japan were the Dutch as well. For 13 years, until 1713, the Dutch and British crowns were joined together in the same person. Princess Mary, who was the successor to the British throne, was married to Willem III, the king of the Netherlands.

They took the land of the Portuguese in Asia, while Suriname (Dutch Guyana) in South America, Dutch Antilles in its north, Cape in South Africa, Ceylon and Indonesia Islands in Asia became Dutch colonies. The motherland occupied 32,000 kilometers square with a population of 1.7 million in 1700, while the Dutch colonies had land covering 1 million square kilometers with a population of 7.5 million. It was the first European state to have colonies with a total population size greater than its own.

The relationship between the Netherlands and Turkey began with the envoy Cornelis Haga, who was sent to Sultan Ahmed I in 1612. But earlier, the Ottomans defeated the Spanish Armada and put Britain and the Netherlands at ease. For this reason, both countries owe a part of their existence to the Ottomans. Otherwise, Catholic Spanish dominance would have been inevitable.

When the rebellion against the Spanish in the Netherlands began in 1567, the leader of the rebellion, William of Orange, asked Sultan Selim II for help. The Sultan promised "help to the enemy of the enemy," but defeat in the Battle of Lepanto in 1571 prevented the Ottomans from supporting the Dutch rebellion. In those times, the Dutch slogan "Liever Turks dan Paaps' (Rather be Turkish than a Papist) became quite popular. Some Dutch people even attached medals in the shape of a crescent, in which the slogan was written, on their hats.

The brilliant envoy, Haga, visited the Sultan's teacher, the famous sufi Aziz Mahmud Hudai, and gained his trust. Thanks to this trust, he got to meet the sultan and succeeded in arranging commercial privileges for the Dutch. As a result, Dutch ships could trade under their flags throughout the whole Ottoman geography, from Gibraltar to North Africa, Egypt, Arabia, Anatolia, the Balkans, Aegean Islands, Black Sea and Crimea. Even though the British, Venetian and French ambassadors in Istanbul tried hard to stop the sultan from giving these privileges to the Dutch, they failed. Grand Vizier Halil Pasha, who thought that the fortune of the Netherlands would help Ottoman foreign policy, was a strong protector of Haga.

These privileges opened the door to a vibrant trade for the Netherlands in the Mediterranean. Consulates were set up in succession in Aleppo, Alexandria, Cyprus, Mora, Lepanto, Euboea, Mystras, Venice, Genoa, Zante, Livorno and Sicily. The diplomatic infrastructure of Dutch trade was set. These privileges also gave the Netherlands political power. Thanks to their good relations with Istanbul, the Dutch undertook the position of an intermediary in the wars between Austria and Russia.

In 1620, more than 200 Dutch ships were operating in the Mediterranean. In 1625, the Directorate for the Levant Trade and Navigation (Dutch Levant Company) was established and marked the Golden Age of the Netherlands. The road to India was opened to the Dutch.

Dutch humanism, which reflects a logical combination of belief and knowledge, had a serious influence on Dutch life. In the Dutch cities, the homeland of Erasmus, one of the architects of the Renaissance, relative tolerance and freedom has dominated throughout history. Many people and communities separated from their homelands due to political and religious pressures and took refuge in the Netherlands. This movement also continued in the 20th century. Now, 2 percent of the Netherlands' population is Turkish, 2 percent is Moroccan and 2 percent is Indonesian.

Despite all this history, the country could not avert being tangled up in colonialism, the new trend in the 19th century. While trying to raise the living standards of the colonies by building railways and other means, it also attempted to legitimize colonialism under the name of civilization. The biggest problem in the meantime was in Indonesia. The rebellions by the Cavaliers, who had been accustomed to living in independent sultanates, were brutally suppressed. In the Aceh revolt, which began in 1873 and continued until 1903, 70,000 locals, consisting mostly of civilians, were killed.

Istanbul tried to aid the Ache Sultanate under the counter, but economic and political difficulties prevented full support. The Netherlands did not have the military power to keep this great continent. They had to cooperate with local people and so they tried to obtain the support of certain tribes by money and other means. On the one hand, they tried to cut off contact between the people and Muslims around the world and especially Istanbul, the center of the Caliphate. Indonesian Muslims were forbidden from going on pilgrimages.

The country lost all of its colonies in the 20th century. Now they only have the Dutch Antilles. The policies of this small country of Europe in the colonial empire established on the lands 40 times larger than the motherland overshadows its humanist history, while the country's rising fascism is being followed with astonishment and anxiety.