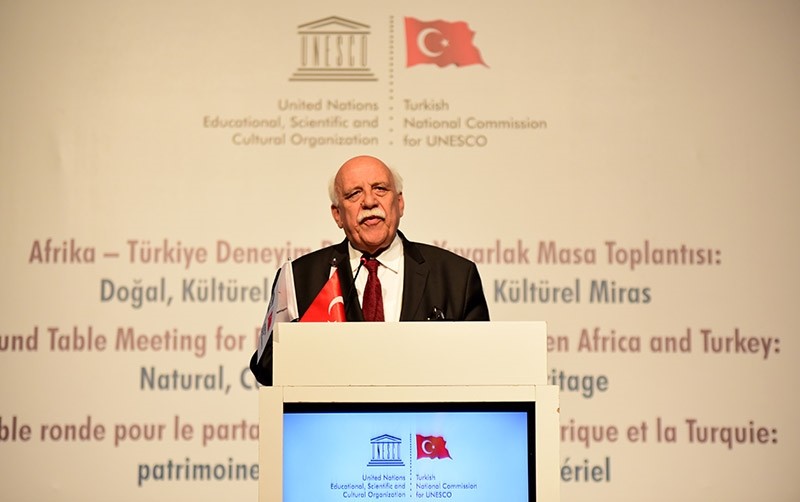 The statue of Heracles, which is currently in Switzerland will be repatriated to Turkey, the Minister of Culture and Tourism Nabi Avcı said Friday.

Avcı noted that in an important legal victory in the area of the restitution of historical artifacts and cultural goods to the Republic of Turkey as its rightful owner, court proceedings concerning a Heracles statue were successfully concluded last month and that the statue was going to be returned to Turkey from Switzerland in the upcoming days.

He stressed that Europe and America did not display the necessary sensibility with regard to the repatriation of historical artifacts belonging to other countries and even exhibited artifacts knowing that these were stolen.

He said that Turkey's UNESCO National Commission was a good and experienced institution and that they were ready to share this experience with other countries who experienced more or less the same problems.

According to Avcı, Turkey's stance is exemplary, with the legal groundwork for restitutions having been laid down in 1970 and with clear instructions and educational programs for customs officers taking place.

As he explained, special catalogues have been compiled in order to help officials identify stolen cultural goods.

However, Avcı also said that they were not successful in every case and had to continue the struggle for restitution, which could be difficult and painstaking. He mentioned an auction that will take place April 25 in New York where Turkey's Kilia Idol is scheduled to be sold and against which he had started legal proceedings. He suggested that African countries and Turkey formed an alliance in order to be able to defend their rights better.

Nabi Avcı spoke on the occasion of a Round Table Meeting in Kundu, Antalya province, organized in order to exchange experience on "Natural, Cultural and Intangible Cultural Heritage between African countries and Turkey.

The Minister of Culture, during the event in which 37 countries participated, listened to various wishes and complaints by the Secretaries of the UNESCO National Commissions of the participating countries.