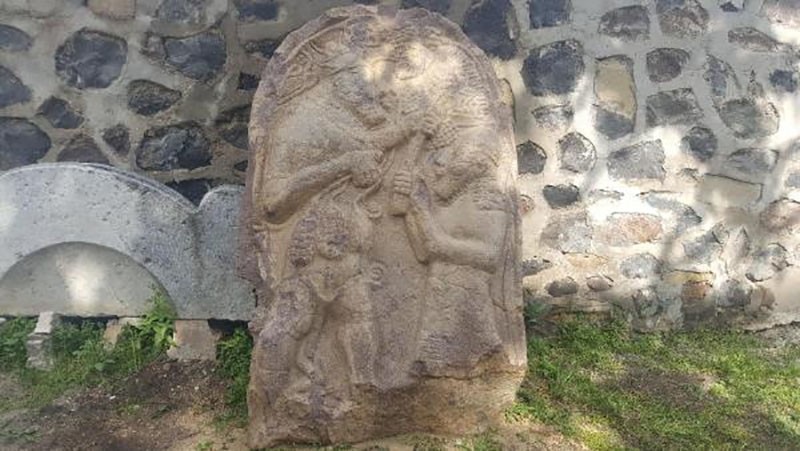 A series of negligent events regarding a 2,700-year-old Hittite stela over the course of a year demonstrated the ways in which Turkey still needs to adopt consistent and more effective measures in protecting its rich cultural heritage.

The stela, belonging to the late Hittite era between the 7th and 8th century B.C., was initially found in a construction site in the Ereğli district of central Konya province. It was concluded that the stela bore significant archaeological importance as it resembles to the Ivriz Rock Relief, another Hittite-era landmark that is known to be the world's first relief monument located some 12 kilometers away from the construction site.

However, after its discovery the stela suddenly disappeared. Upon rumors that the stela was sold for six million Turkish liras ($1.67 million) in the southern province of Adana, the prosecutor's office launched an investigation into the fate of the artifact. 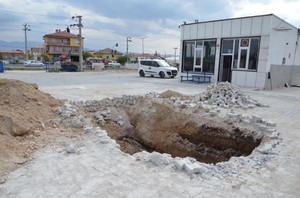 The investigation determined that instead of handing the stela to museum authorities, the official of the firm that carried out the excavation confessed to burying the artifact in the front yard of their office, likely with the intention to recover it and sell later.

The contractor and the excavation firm official were detained for further investigation and museum officials were notified of the incident. 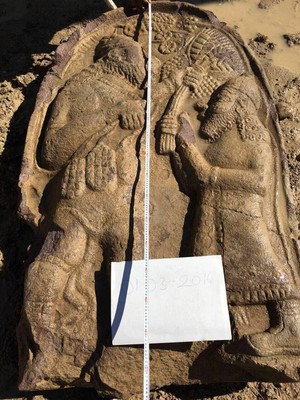 However, the stela's mistreatment did not come to an end upon its recovery, as it was unearthed from the front yard using heavy equipment, causing various portions of it to break. When experts compared the stela's first image after discovery with images after its recovery from the yard, they noted that lower portions of a king figure on the right were broken, while the figure on the left and the decorative parts surrounding the artifact were also damaged.

When the stela was transferred to the museum, the artifact was subject to more ill treatment, as the earth surrounding the artifact was cleaned away using a plastic litter brush instead of the typical practice of experts removing it with a hairbrush.

Despite efforts by municipal and security authorities, illegal excavation and smuggling of historical artifacts continues to remain an important issue in Turkey.