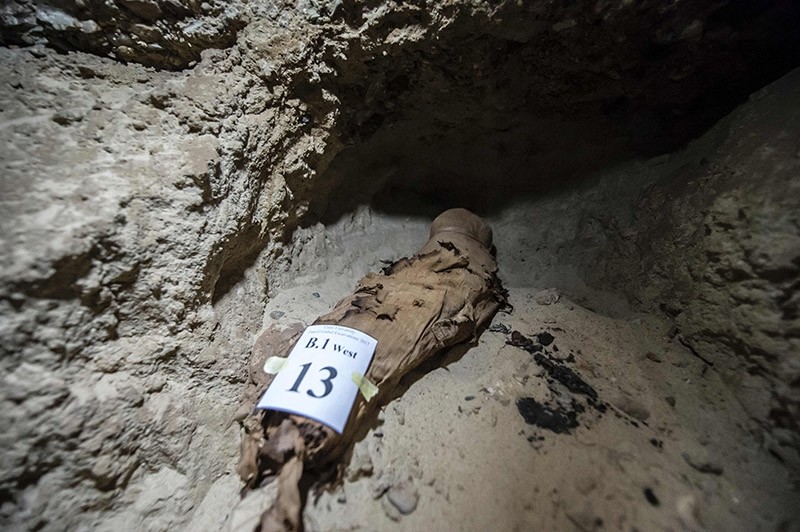 Egyptian archaeologists have unearthed an ancient burial site with at least 17 mummies, antiquities officials said Saturday, in the latest in a series of historical discoveries in Egypt.

The minister of antiquities, Khaled al-Enany, announced the discovery on the site in the city of Minya, around 250 kilometres south of Cairo.

The non-royal mummies, including some completely intact, were found inside a catacomb by a Cairo University expedition in the village of Tuna al-Gabal.

Stone and clay sarcophagi, inscriptions and animal coffins as well as papyrus pieces written in the ancient Demotic language were also discovered in the 3-kilometre-long site.

The artefacts date back to the Greco-Roman era stretching from 332 BC to 395 AD that started with Alexander the Great's conquest of Egypt.

"It is the first [mummies] to be uncovered in the area since the discovery of a necropolis of animals and birds from 1931 to 1954," he said, according to an official statement.

"2017 has been one of the landmark years for archaeological discoveries in Egypt," al-Enany said at a press conference in Minya. "It is as if our ancestors are sending a message for tourism to come back strongly."

Egypt's tourism industry, a main source of national income, has been in the doldrums since the 2011 uprising against longtime dictator Hosny Mubarak

In recent months, Egypt has announced a string of ancient discoveries.

In April, eight mummies were uncovered inside a 3,500-year-old tomb in the southern city of Luxor. A month earlier, a massive colossus was unearthed in Cairo believed to depict the 26th dynasty king Psamtik I.