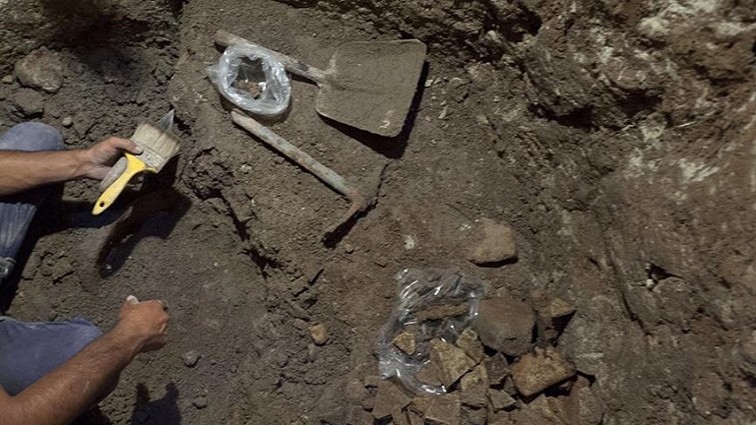 by Daily Sabah May 16, 2017 12:00 am
An excavation group consisting of Chinese and Uzbek archaeologists unearthed ancient city dating back 2,000 years in Central Asia.

In light of the research, it is understood that Ming Tepe was an important city bound to Dayuan Kingdom, which is known for its Fergana horses raising facilities, located on the critical area of the Silk Road.

Chinese President Xi Jinping mentioned the issue in his article published in local media during his visit to Uzbekistan and said, "The Chinese Administration of Cultural Heritages, CASS and Chinese Northeastern University are making considerable contribution to unearthing the historical areas of the Silk Road by taking part actively in the joint archaeological works conducted with Uzbekistan.

Implying that cultural transaction and collaboration are important agents of the Belt and Road Forum, Chen Xingcan, director of the Institute of Archaeology of CASS said, "The proofs obtained through archaeological works, will offer more information on the Silk Road for the countries located on the Belt and Road route. Chinese and foreign archaeologists are carrying out collaborative work for the re-exploration of the Silk Road."

The archaeologist group also explored a tomb and an artisan's workplace. These prove that Ming-Tepe was a settlement area. In light of the findings, it is thought to be a temporary garrison castle for the nomad tribes.

In 2011, the Institute of Archaeology of Uzbekistan and CASS made an agreement to conduct excavation work in the area. The Ming-Tepe Project is the first research conducted abroad by a national archaeological institution of China.
Last Update: May 16, 2017 1:11 am
RELATED TOPICS