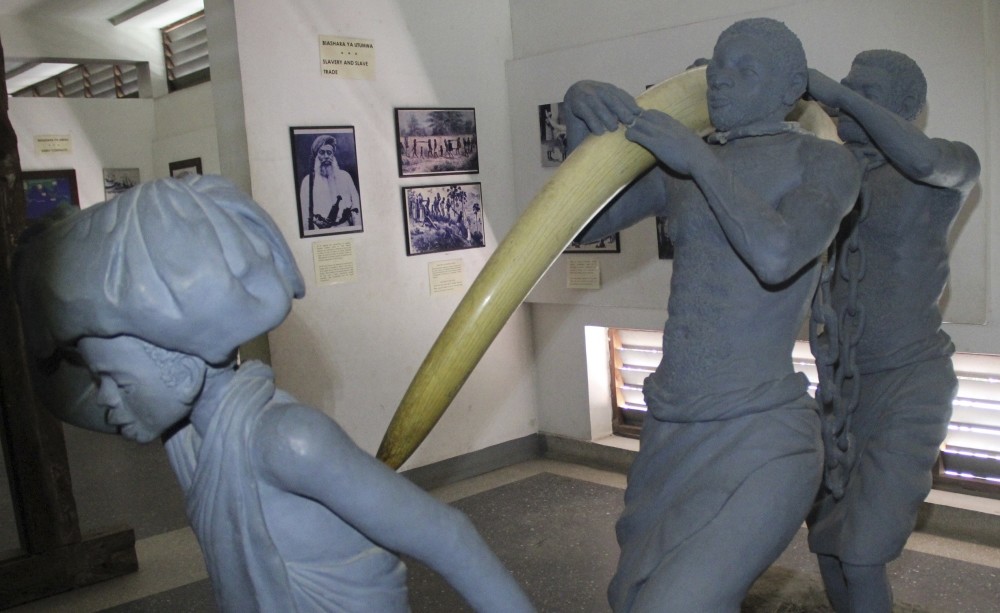 Founded in 1934, the museum is a center that provides a wide range of information about Tanzanian history, thanks to the extra buildings and arts galleries constructed over time.
by Anadolu Agency May 17, 2017 12:00 am

The National Museum of Tanzania displays the history of Tanzania, which dates back millions of years, and the more modern stages of bloody Western colonialism. The most attractive corner of the museum is the exhibition of the oldest remnants of living creatures

One of the oldest settlements in the world, Tanzania has been witnessing the fight for domination of various powers.

The National Museum of Tanzania displays the history of Tanzania, which dates back millions of years ago, and the stages of the bloody Western colonialism.

Founded in 1934 by the head of the British colony, Harold MacMichael, the museum was turned into a center that provides a wide range of information about Tanzanian history, thanks to the extra buildings and arts galleries structured within time.

The most attractive corner of the museum is the exhibition displaying the oldest remnants of the living creatures.

Some of the bones and remnants, on the other hand, are the copies of the genuine ones.

Historical maps can be seen on the museum, where evangelization attempts are displayed by several photos of missioners.

The remnants of the German and British colonies and the independent era are displayed on different departments of the museum.

In addition to the coins and guns produced in the colonial era, photos of the rulers of the time are presented in the museum.

Director of Dar es-Salaam Museum, Achiles Bufure said that with seven different departments, the National Museum of Tanzania is the first and the biggest museum in the country.

Implying that archaeological findings as well as a department displaying the diversity of species were added to the museum, Bufure stated that a special gallery featuring Tanganyika mainland and Zanzibar's freedom awaits visitors.

Bufure expressed that, thanks to the contributions of the former President Jakaya Kikwete in 2011, the museum started to serve as a cultural center.

Adding that there are months when the number of visitors reaches up to 3,000 tourists, Bufure stated that they are working on a special visitor's program for children, women and youth.

In the region, which started to turn Muslim after Arabs reached the coast of the Indian Ocean in the middle of the seventh century, several city states were founded.

In Tanzania, where many Iranian poets of Shiraz origin in addition to Arabs migrated, Shirazes even founded a sultanate.

City states sold the products like ivories, copper and live animal they got from the locals, to the several parts of the world, especially to the Arabian Peninsula.

Rule of Portuguese for 200 years

Having been to the West African coasts at the beginning of the 16th century, Portuguese travelers started the Portuguese Colony in the region.

Taking action with the provocation of Vasco da Gama, the Portuguese occupied Zanzibar and Kilwa in addition to the coastline in Tanzania.

As they demolished a great number of mosques and killed the rebellious Muslims, the Muslims on the east African coasts lived under Portuguese occupation almost for two centuries.

Sources show that the Ottoman Empire supplied the region with a fleet upon Muslim rebel; however the Portuguese couldn't be erased from the region.

The expeditions conducted by the Omani Sultanate at the end of the 17th century, on the other hand, resulted in victory and the entire coastline, except Mozambique, was recaptured from the Portuguese.

The country was shared between Germany and England, both colonial powers of which competed head-to-head to capture the country in the late 19th century. 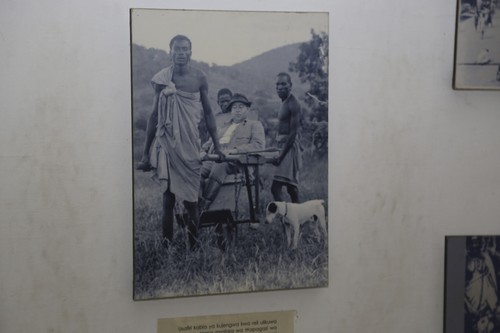 In 1890, Tanganyika Mainland was given to Germany, while Zanzibar and Pemba Islands were given to England.

Muslims rebelled against German colonialism under the leadership of some Muslims like Abu Siri bin Salim el-Harsi, however they could not succeed.

Hundreds of rebels were executed by Germans, at the scaffolds set up on the coastline of Bagamoyo Town.

It is estimated that the number of the rebels, slaughtered in the Bagamoyo, Kilwa and Maji Maji rebellions ranges between 200,000 and 300,000.

Tanganyika Mainland, Zanzibar and Pemba Islands, which were totally captured by British colonial power, were left to United Nations in 1947.

Illuminating the history of freedom

In the country, where the first formal disobedience against the colonial powers started in 1920s, the Tanganyika Society and Tanganyika Muslim Society were respectively founded in 1929 and 1934.

Starting with a strike, the disobedience then turned into an armed resistance at some parts of the country.

The founder of the African National Unity of Tanganyika, Julius Nyerere was accepted as the legal correspondent of the U.N. and 43 years of British Colonialism came to an end on Dec. 9, 1962, with the declaration of the Tanganyika Republic. Forming the government, Nyerere became the president of the country.

The life story and travel memories of Nyerere, which is called as Baba wa Taifa in Swahili language, meaning the "Father of the Nation," are being protected at a special department of the museum.