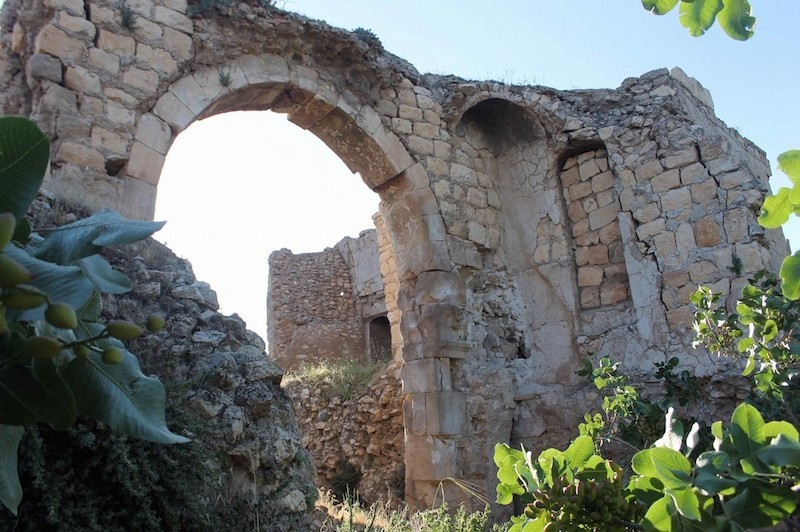 Only a few walls remain of the historic Mor Yakup (Saint Jacob) Monastery in southeastern Turkey's Siirt province, but the city's Tourism Promotion Association President Vehip Emrah is calling for its restoration.

The monastery, located approximately five kilometers from downtown Siirt, has been used as a place of worship and education over the centuries by Assyrians, Chaldeans, and Armenians, but since the early 20th century it has been left to decay. Sections of the monks' quarters, baths, and dome are still visible, though they are not in good condition.

Emrah stated that the monastery's condition was upsetting and that restoring the landmark would draw local and foreign visitors to the region. "The Mor Yakup Monastery had a mission. It was educating students here and sending them across the area," Emrah explained.

"We should also restore and protect this historic structure in our province. Right now Mor Yakup Monastery is lying discarded on the ground, under our feet," Emrah said. He added that treasure hunters had ruined the site in recent years, emphasizing that these kinds of historic structures must be protected by the state before they disappear.

Photographer Resul Çelik also visited the site, saying, "These monuments are the wealth of our country and we should stand up for them. Our country is like heaven from east to west, so let's recognize its value. We should absolutely go to Siirt and see these sights."