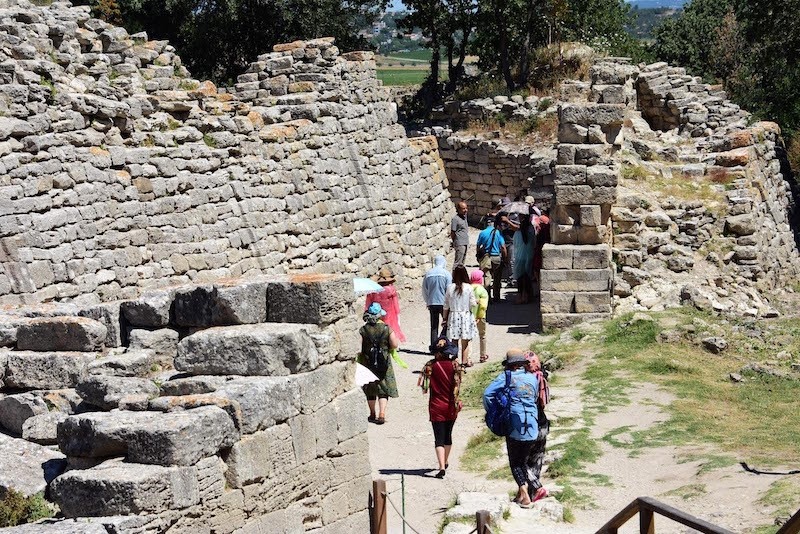 The ancient city of Troy could offer clues about how to make modern buildings more earthquake-resistant, academics from Çanakkale Onsekiz Mart University have suggested.

Situated in northwestern Turkey, Troy was last inhabited 5,000 years ago and was made famous by the Greco-Trojan War that is the subject of Homer's epic poem The Iliad.

Explaining that the remains of Troy reveal that citizens took precautions against earthquakes, Professor Rüstem Aslan said, "We can see that Troy's ancient engineers managed to keep the magnificent walls of the city standing for thousands of years thanks to these [anti-earthquake] measures."

Aslan explained that the city of Troy was destroyed by an earthquake, which made the Trojans take precautions against such an event in future by improving their construction techniques.

The professor also asserted that it was not the Greeks but rather an earthquake that ended the ten-year Trojan War.

"Especially in the era we call Troy-6, in the 1300s BC, we can see marks of damage on the castle walls. It's very clear that some large stones were ripped apart by an earthquake. So we can say this - the city that Homer describes as resisting siege for 10 years in the Iliad was destroyed by an earthquake and abandoned soon after," he said.

But the Trojans learned from this disaster and made structural changes, Arslan said, adding that the new defensive walls of the city were constructed with deeper foundations and a sloping structure that made them more resistance to earthquakes.

A magnitude 6.3 earthquake, which lasted for approximately one minute, rattled Turkey's western coastal cities as well Istanbul and Bursa provinces to the north on Monday.

The earthquake also hit the nearby Greek island of Lesbos, where a 43-year-old woman was killed and 15 other people were injured.