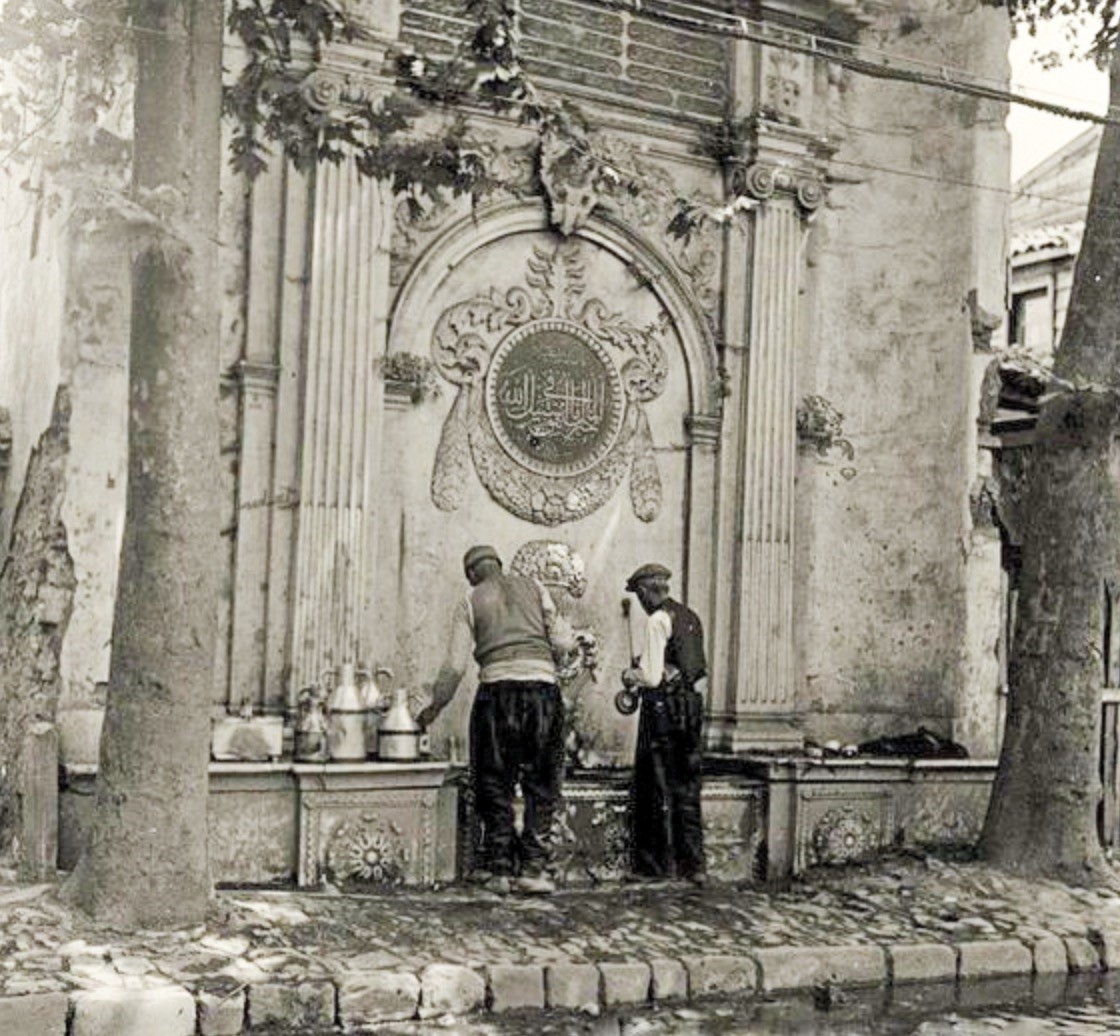 Abundant in water sources, Istanbul's fountains that were built by Ottoman ladies, most of whom were sultans and prestigious wealthy women, have been collated in a photobook published by Istanbul Metropolitan Municipality's Culture Inc.

Istanbul Metropolitan Municipality's Culture Inc. has collated in a book 100 fountains with women's touch in Istanbul, which is known as a city of water with its cisterns, wells, fountains, free public fountains, dams, arches, Turkish baths, water-tanks, pools and water gages. From Esma Sultan to Bezmialem Valide Sultan, from Mihrişah Sultan to Mahpeyker Kösem Valide Sultan, the 100 fountains are published in the book titled, "Istanbul's 100 Fountains Built by Women," the 84th in the 100s series of Istanbul. Along with being a reference book for those who are interested in architecture and history, it aims to introduce the Ottoman ladies who have competed with each other in charity and earned Istanbul these marvelous monuments.

The 100 fountains in the book are selected from fountains that have been standing tall in the alleys of both sides of Istanbul. The selection was based on the architectural characteristics, current condition and whether they contained an epitaph. Written by Nilay Köse and Mesut Meyveci, the book finally had great visuals as they walked around many districts and photographed the fountains.

The reservoir, ornamental slabs, tress, epitaph, basin, arch, pitcher set and vessels have been explained in detail in the introduction section of the book. The fountains have been categorized in to four based on their charity properties: Water tank with a fountain, column fountains, square-pier fountains and side (wall) fountains.

The book tells that as Islam gives a great deal of importance to water, the Ottomans have built fountains wherever they go. The fountains around the Rumeli area date back to 1452. The oldest fountain within the city walls is the Davut Pasha Fountain in Cerrahpaşa.

The ladies of the Ottoman times have almost competed with each other to build these fountains, which were seen as monuments of charity. Water, which is an essential for daily life, turned into pieces of art with stones and marble thanks to talented hands.

The women's fountains which are shaped with Islamic motifs on Istanbul streets have been under the influence of Western art trends. The fountains underwent a transformation in the 17th century and in Sultan Ahmed III's times they became self-contained structures. Yet, in the Tulip Period, they became monumental square fountains. 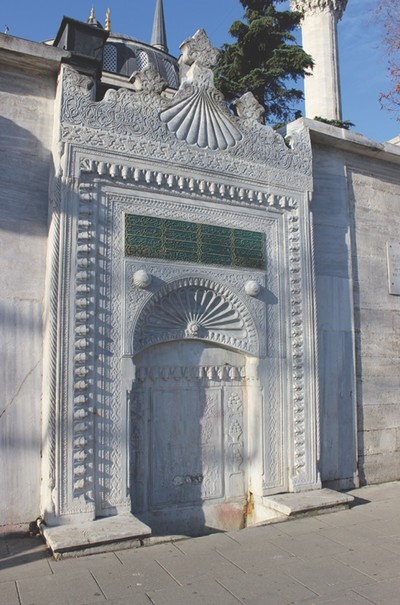 The fountain which is very close to the Üsküdar shore, stands out at first sight. It is full of engravings, while another striking feature is the arch with a stalactite shaped in the form of a fan.

Built in 1709 by Gülnuş Emetullah Valide Sultan, the fountain is located on the door of the square that opens to Hakimiyet-i Milliye Street. One of the best examples of its times with stone engravings, the fountain has engravings on all sides with the exception of its basins and sets.

The cap stone has three parts and the middle ridge is shaped like an oyster shell. There are herbal designs on the place called fronton without leaving any blank spaces. Within the oval arch, there is a stalactite shaped like a fan and there are embossments on the right and upper left like badges.

As can be understood from the epitaph of the fountain, the first ones to build this fountain were Hadji Hüseyin and her daughter Safiye Hanım. The fountain was built in 1732 and demolished before being restored by Abide Hanım.

The fountain is lower than the elevation of the mosque's garden and now can be accessed via a ladder going downwards. There's an embossment on the fountain built in classical style. Its side engravings are ornamental slabs and show vases with fruits in them. There are two cups on its right and left and entangled motives on these cups. On the main part where the ornamental slab is located, there's a waved arch motif and an engrossment. Underneath this is what appears to be a sun figure.

The story of the name of the "Sormagir Mosque" is quite interesting. According to the story, when someone asks Hadji Hüseyin Kethüda sitting in front of the mosque what the mosque is called, he says "Sormagir," which means "don't ask, just go in" in Turkish. 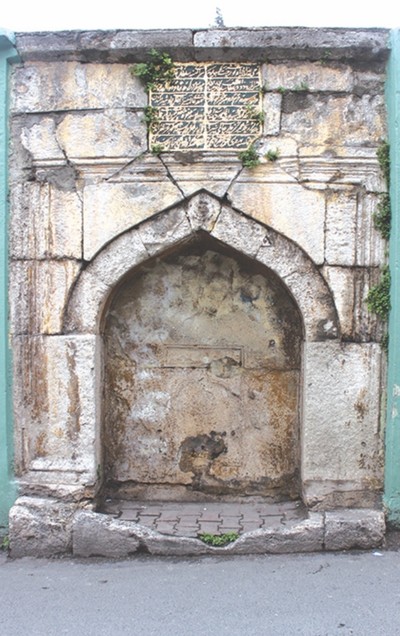 The fountain of Sultan Emine, who had four husbands and lost them all and died at an early age has cracks but is magnificent with the beauty of its epitaph.

Emine Sultan, the daughter of Mustafa II, built it in 1736. Born in 1696, she was engaged to Çorlulu Ali Pasha in 1703, but after his father was dethroned their marriage took place in 1708. As he was killed in 1711, she then married to Trabzon Governor Recep Pasha and this marriage ended when he passed away in 1726. Then, she was married İbrahim Pasha but this marriage didn't last long either, as he passed away in 1728. Finally, her fourth marriage was to Abdullah Pasha who died in 1736 and in 1739, the Sultan died as well.