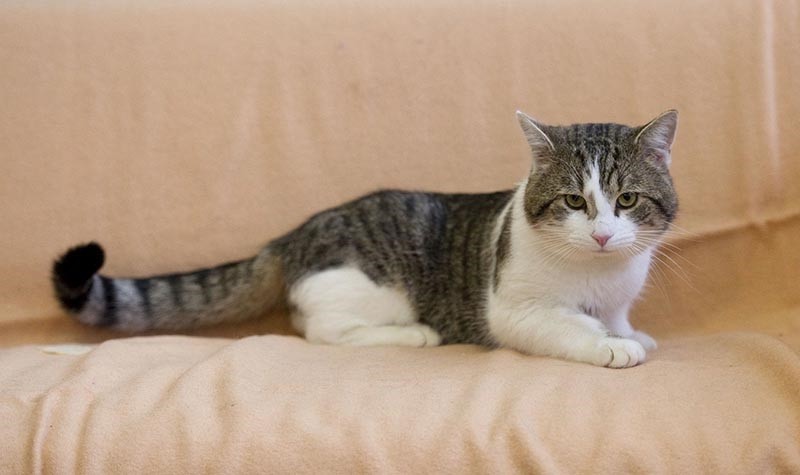 A comprehensive study of cat DNA has found that cats were first domesticated in the Fertile Crescent, part of which is situated in southeastern Turkey, and that the spots and stripes of tabby cats developed in the Ottoman Empire.

The study, published in Nature Ecology & Evolution, examined the DNA of over 200 cats that lived across 9,000 years, from Egyptian cat mummies to modern African wildcats.

Two major groups contributed to the domestic cats that we know today - one from the Fertile Crescent and one from North Africa.

The cats from the Fertile Crescent, which stretches up from the Persian Gulf through Iraq and Syria to Turkey, probably started hunting rodents around the world's earliest farming communities approximately 8,000 years ago. They spread from there to Europe in around 4400 B.C.

The African cats that we see in ancient Egyptian art spread to the Mediterranean region later, at around 1500 B.C.

Today's domestic cats are likely a mixture of the Fertile Crescent cats and the Egyptian cats.

However, the gene for tabby markings did not emerge until the Medieval period, appearing in the eastern Mediterranean region, which was part of the Ottoman Empire at that time.

These spots and stripes are the only significant change in cats' DNA, with domestic and wild cats being otherwise indistinguishable at the genetic level.

The markings only became widespread among domestic cats as late as the 18th century, while by the 19th century humans began selecting cats to produce distinctive breeds.

Turkey is also known as the home of the Turkish Angora, an ancient cat breed that is believed to be the origin of the mutations for the color white and long hair in cats. These cats appeared in Europe in the 1500s, and for centuries all longhaired cats were known as Angoras.