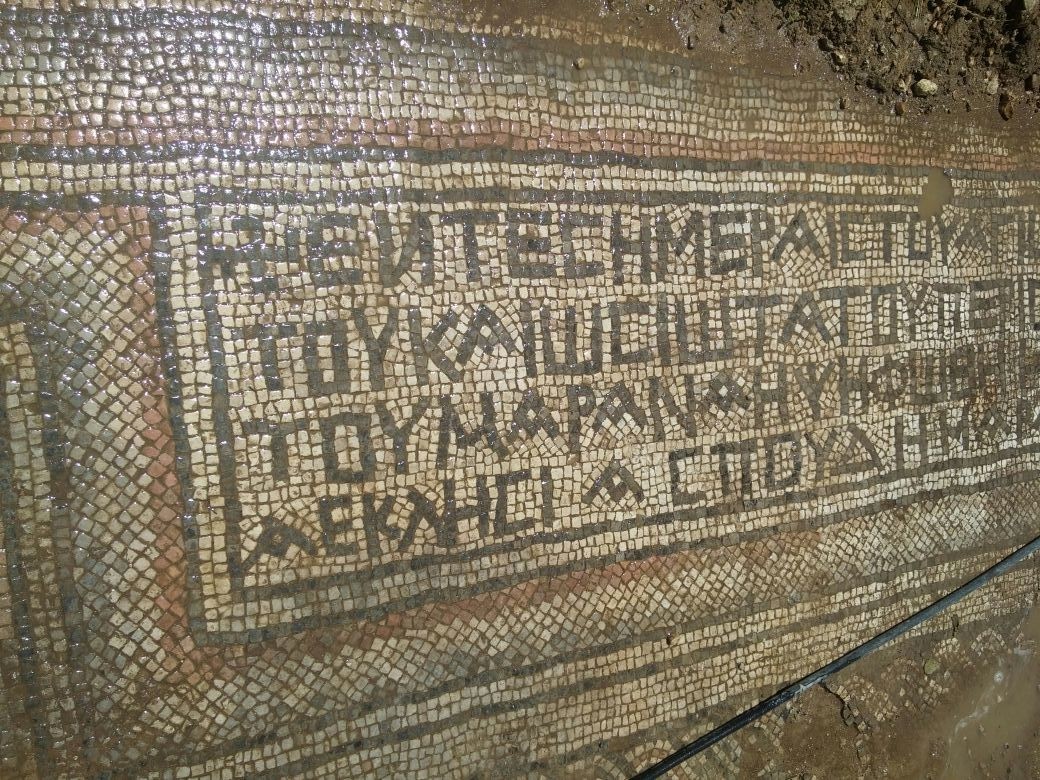 | DHA Photo
by daily sabah Jun 22, 2017 12:00 am
A Turkish farmer on Thursday discovered a 10-meter-long mosaic piece depicting different figures and writings which is believed to date back to Roman times in 5th century A.D. in southeastern Adıyaman province.

Farmer Mehmet Dağ stumled upon the mosaic when he was plowing his field, and immediately informed the gendarmery forces who then brought the Şanlıurfa Cultural Preservation Team to the area, Doğan news agency reported. The archeologists said that the mosaic is most likely to be a piece from the Roman Empire.

The huge mosaic has been removed from the field and taken to Şanlıurfa for further examination.
Last Update: Jun 22, 2017 11:19 pm
RELATED TOPICS