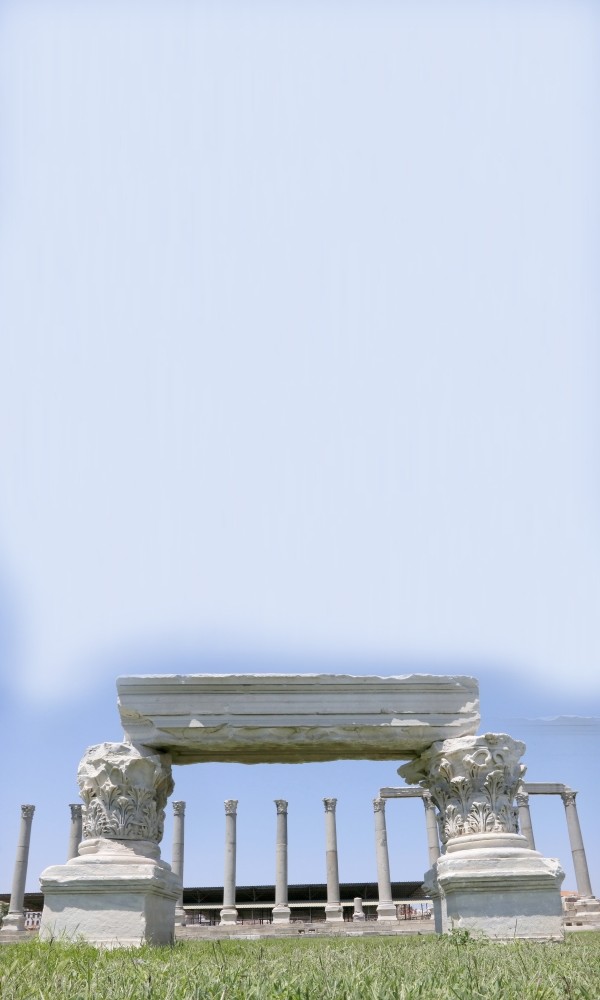 The historical artifacts found in Smyrna Agora, one of the most crowded areas of u0130zmir, show that the region was a melting pot of different cultures 2,000 years ago.
by Anadolu Agency Jul 07, 2017 12:00 am

Known as the ‘cradle of civilizations,' the ancient city of Smyrna, located in the present day İzmir province, has yielded new scripts that have illuminated a 2,000-year-old bittersweet relationship between the ancient cities of Ephesus, Sardes and Trailles

The ancient writings on the basilica walls at Smyrna Agora, the most recently explored ancient city in the İzmir province, have revealed a previously unknown rivalry between the ancient cities of Ephesus, Sardes and Tralleis.

The historical artifacts found in Smyrna Agora, located near İkiçeşmelik Street, one of the most crowded areas of İzmir, show that the region was a melting pot for different cultures 2,000 years ago.

Through analysis of the wall's writing, where a crossword puzzle featuring Greek words was found, a discord between the ancient cities of the time was discovered. 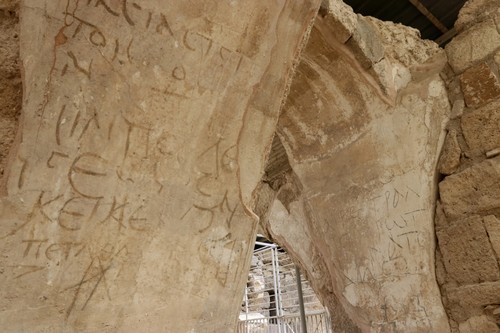 Notes like "Ephesus' people are the best in Asia," "Sardes is the greatest" and "Tralleis is number one" have demonstrated a newly discovered competitive banter between the ancient cities of Sardes, located in Manisa's Salihli district, Tralleis, located north of Aydın, and Ephesus in the Selçuk district.

Smyrna Agora as an attraction center

The head of Smyrna Agora Excavation Team, associate professor Akın Ersoy, spoke to Anadolu Agency confirming that İzmir and its surrounding area was a social center according to the ancient writings. Reiterating that Ephesus, Sardes and Tralleis were competing ancient cities, Ersoy stated that people traveling to Smyrna from these cities would spur on the competition while trying to deal with their own homesickness.

While detailing the content of the basilica wall's ancient writing, Ersoy said, "We see that people who visited Smyrna Agora 2,000 years ago wrote the names of their hometowns on the walls. Although it is not clear why those people visited, we think they may have visited the city for a short while for commercial reasons."

Ersoy affirmed that the writings on the basilica wall date from the end of the second century and the beginning of the fourth century and added that they were written during the same era.

Explaining that Smyrna Agora was a popular seaport with immigrants, Ersoy added, "Those people may have visited the city for business and engraved their hometown on the walls. Or they might have been immigrants living in İzmir were looking to the future but still holding into their past. Or, maybe there used to be a stand below these writings established by a merchant who wanted to attract customers through an interesting advertisement. Interestingly, they are similar to the slogans of football fans. The people of 2,000 years ago were also fond of their hometowns. Likewise, people today also support associations with the names of their hometowns so they can stay connected with their roots. It is clear through these notes that ancient people also used to form groups within themselves."

Ersoy also noted that İzmir once had a commercial relationship with the old eastern-Anatolian cities, with evidence of it reflected in the ship images on the walls and through ancient coins.