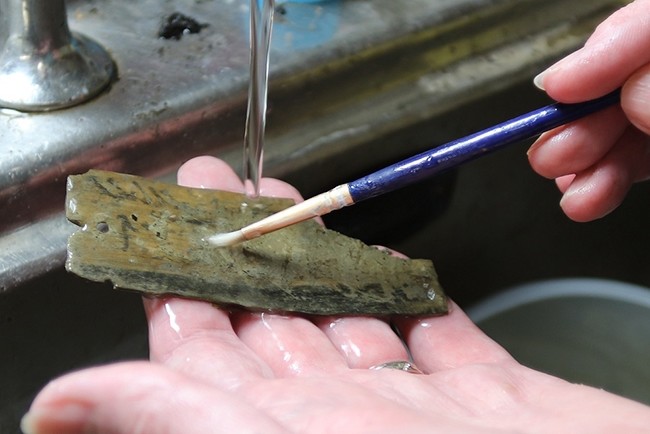 Archeologists in northern England have made the significant discovery of 25 personal letters written on tablets from the Roman-era.

The artifacts, which date back to 1st century AD, are claimed to be "one of their most important discoveries," in the history of British archeology due to the well-preserved nature of the ink.

In 1992, Dr. Robin Birley found a cache of Roman tablets at a site near the fort of Vindolanda near Hadrian's Wall, which offered insight into the daily life of the empire.

Birley's son Andrew discovered the new trove of 25 letters last month in the lowest level of a Roman auxiliary fort complex. Some of the tablets are so well preserved that they can be read without the usual infrared photography and before going through the long conservation process, Birley explained.

The 2mm tablets, described as "Incredibly rare and fragile wafer-thin pieces of wood," will offer researchers a glimpse into the personal and daily lives of citizens of the Roman Empire.

"There is nothing more exciting than reading these personal messages from the distant past," Birley said.