Battle of Gallipoli in VR: combination of history, technology 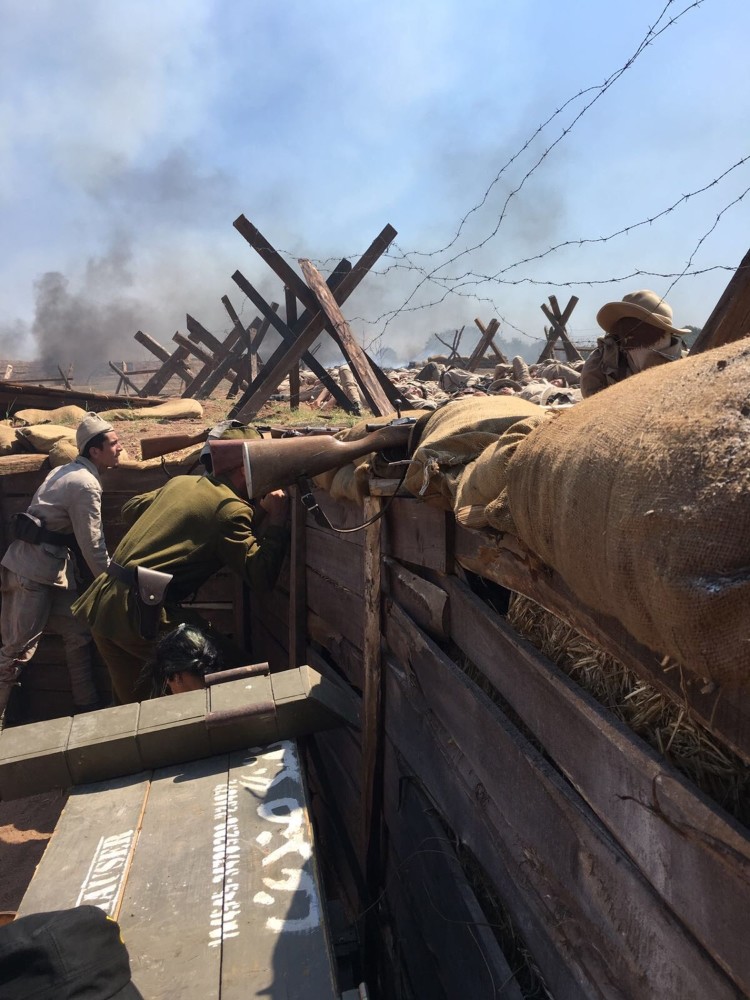 Famous illusionist and film producer Necmi Yıldırım, who is known among audience members as "Magic Necmi," is returning to the silver screen with "360 VR Virtual Reality Cinema."

Commemorating the Battle of Gallipoli in accordance with annual tradition, Necmi Yıldırım has created a film that honors the fallen heroes of the historic battle using 360 Virtual Reality (VR) technology, bringing key aspects of the film straight to the film goers, thanks to specially articulated lorries equipped with the latest technology.

In addition to serving local and foreign tourists who are curious about the Battle of Gallipoli, the project also curates memoirs of our ancestors in battle as well as the extent of their self sacrifice for the sake of future generations. The film was shot in a manner that offered a 360-degree view of historic Çanakkale and is complete with a large cast, guaranteed to make audience members feel as if they are in the middle of the battle itself.

The film offers a genuine, VR experience that allows spectators to feel as if they are at Corporal Seyit's elbow while he is picking up a 200-kilogram shell, or as if they are on the Minelayer Nusret or as though they are fighting shoulder-to-shoulder with Mother Halime (an old heroine).

Magic Necmi expressed his happiness in carrying out a project that is a first in the world. "Our aim was to present our national history, the soul and values of the Turkish nation toying people and the following generations by making use of 360 VR technologies," Yıldırım said.

Yıldırım said he was "really happy" to be able to present the project to the Turkish people and expressed his thanks to all those who supported and contributed to the project.

"We initiated the project after a statement by President Recep Tayyip Erdoğan," Yıldırım noted. "President Erdoğan said, 'What I expect from the Turkish youth is that they come up with projects.' Thus, we decided to combine 360 VR technology with our history under the auspices of considering how we could utilize projects in areas outside of entertainment and gaming. We thought that it would be a technological way of sharing our history with the Turkish youth and the future generations," Yıldırım concluded.