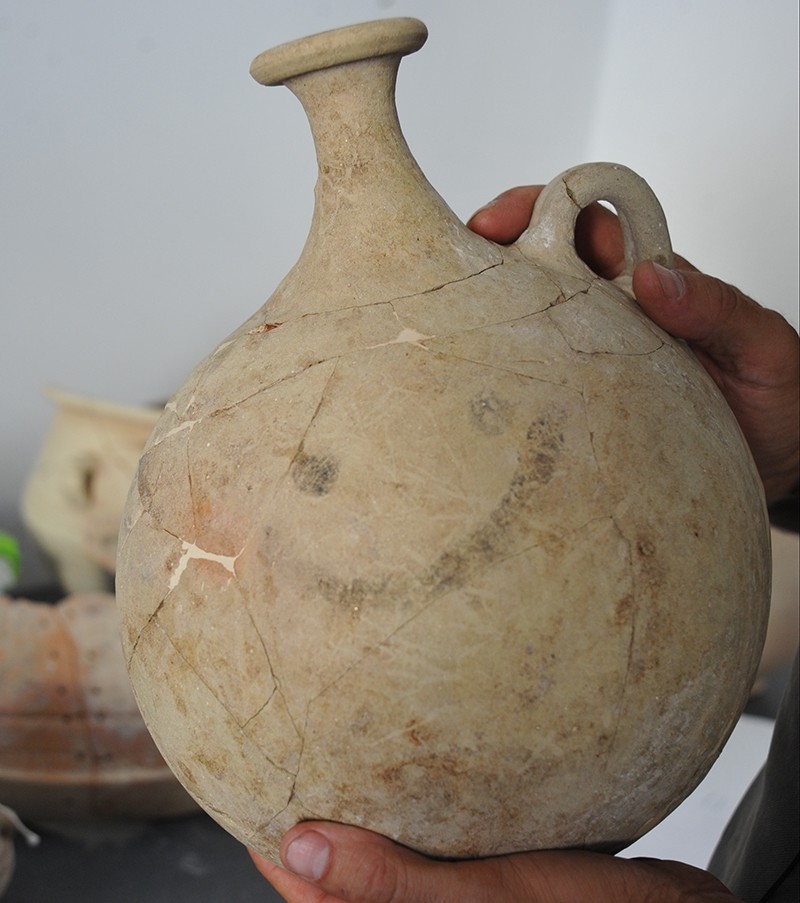 Archaeologists in southeast Turkey may have found the earliest example of the world's most popular emoticon, the smiley, on a pot dating back 4,000-years.

The roots of the symbol are widely believed to be from the early 1960s, with the classic smiley version bearing a bright yellow background said to have emerged in the early 1970s. However, the latest discovery in Turkey would now force a rethink of the origins of the symbol, versions of which have also been widely featured in several pieces of popular literature such as the graphic novel, The Watchmen.

The pot was discovered during seven-year long excavations in Gaziantep province's Karkamış district along the Syria border under the guidance of Nicolo Marchetti, an archeology professor at the University of Bologno in Italy.

Marchetti said his team found a variety of objects at the site depicting the era of the Hittites, an ancient civilization and empire that is believed to have existed in the north-central Anatolian region.

"We have found a variety of cubes and urns. The most interesting of them is a pot dating back to 1700 BC that features an image of a 'smile' on it," Marchetti said.

The vase-like, off-white colored pot features a small handle and has a prominent smiley face on the its belly.

"The pot was used for drinking sherbet [sweet drink]. Most probably, [this depicts] the oldest smile of the world," he added.

The archeologist said the image on the pot was revealed when it was put together by masters of restoration.

The pot would be handed over to Gaziantep's Archeology Museum, Marchetti said.

The excavations in Karkamış Ancient City are being carried out with participation from professors of Istanbul and Gaziantep University in Turkey; Marchetti is the team leader.

Turkey's Culture and Tourism Ministry and Italian Foreign Ministry are among sponsors of the excavation project.