10,000 years of history to be uncovered in Mardin 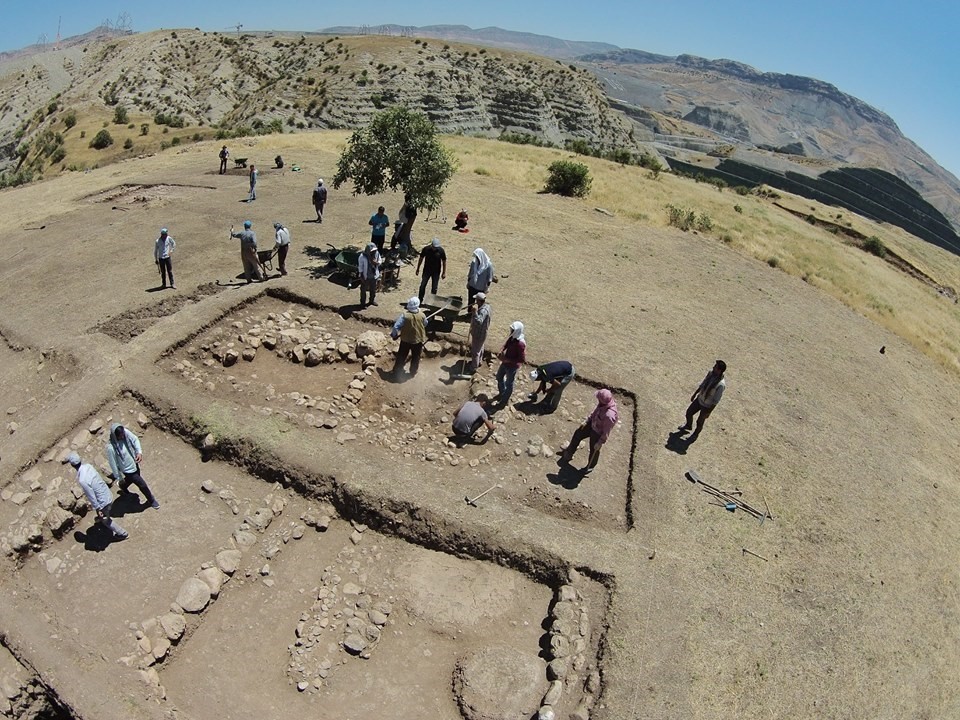 Archaeological excavations conducted by Mardin Museum Director Nihat Erdoğan and his team in the Boncuklu Tarla settlement in the Ilısu neighborhood of Mardin's Dargeçit district have uncovered the cultures, social lives and burial traditions of the people who lived in northern Mesopotamia 10,000 years ago. According to Erdoğan, excavations in Boncuklu Tarla unearthed houses dating back to the Aceramic Neolithic period from 10,000 B.C. to 7,000 B.C., the foundations of which are covered with rubble stone walls with foundations hardened by clay.

Erdoğan said: "The period that started with the establishment of the first sedentary society, as well as food production, in the history of humanity is called the Neolithic age. The first phase did not have baked clay vessels and baskets and wooden or stone vessels were used instead of baked clay, although food production was known in the beginning of the era. This is the Aceramic Neolithic phase. [Artifacts from this] phase, which have been found in only a few places in Anatolia, give examples of structures built according to a certain plan, with stone or bone tools and weapons, ornamental items and the first resident villages."

Erdoğan noted that the triangular shape of pendants found in the field show that that the shape of the amulet has not changed for 10,000 years, adding: "In the Boncuklu Tarla Neolithic settlement, because of the belief in rebirth, the dead were buried underneath the floors of houses with their patella in their stomach like in the womb. Numerous beaded jewelry and ground stone tools were found in the graves. For thousands of years starting from this period, people have used jewelry to satisfy their need for ornaments for the sake of their beliefs or for abundance, magic, as totems, amulets and for luck. Natural materials such as colored stones, animal teeth, horns, bones, claws and seashells were shaped by rubbing and scratching and turned into jewelry with piercing and beading. The triangle-shaped pendants found in Boncuklu Tarla, which are speculated to have been believed to have a protective power against evil and diseases and may have been used for good luck, show that the form and purpose of the amulets that are still used today have not changed for 10,000 years."

Stressing that they continue to find historic artifacts in Boncuklu Tarla, Erdoğan said: "In addition to beads that were produced for thousands of jewelry in the Boncuklu Tarla settlement, there are also a large number of obsidian and flint stone blades, production residue made up of cores and chaff show that ground stone tools were produced in the settlement. These include arrowheads, sharp objects, boring tolls and microlites. The Neolithic age in which people started farming, domesticating animals and building stable villages where socioeconomic structures were formed is the foundation of today's civilizations."