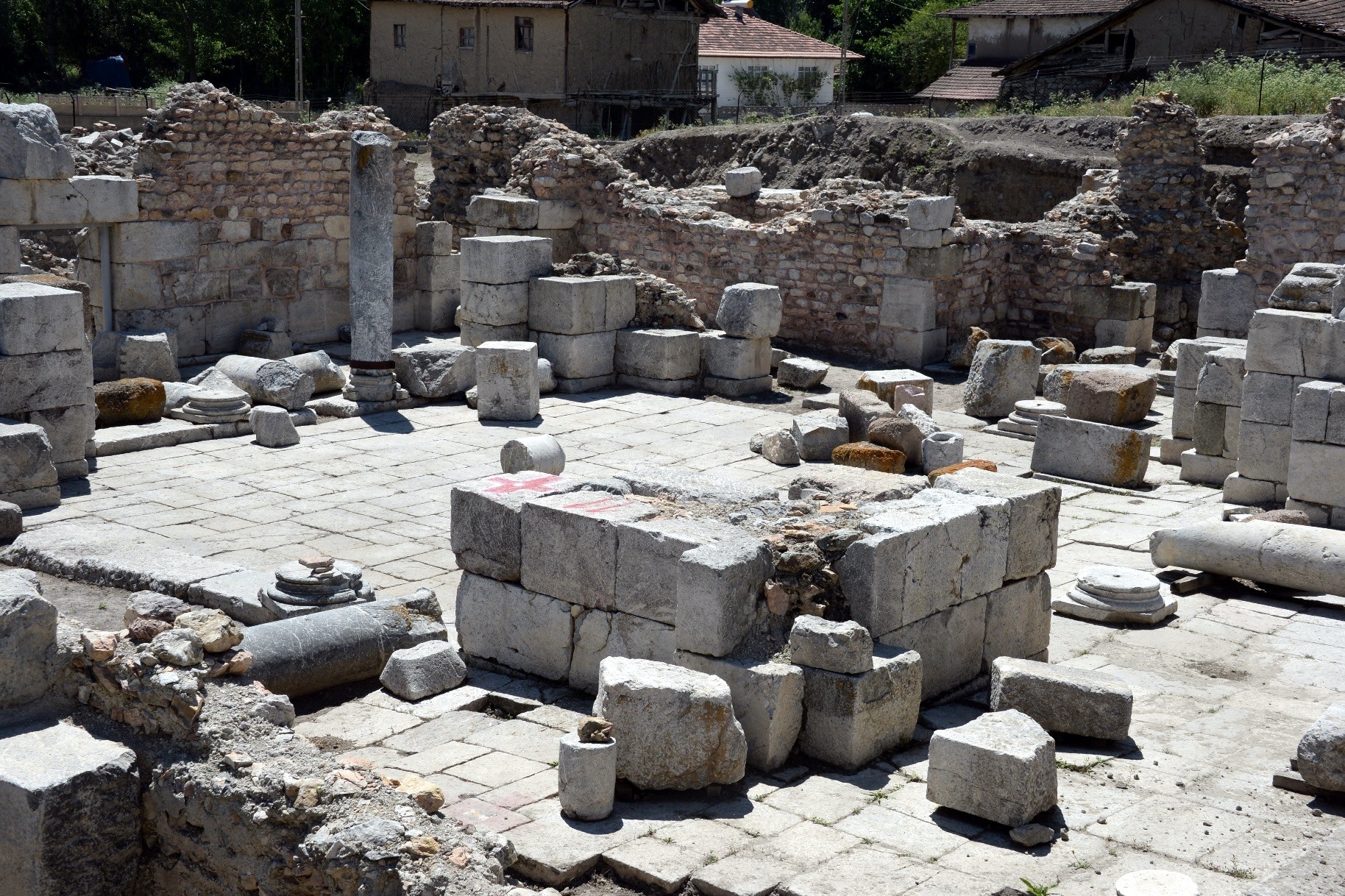 Dating back to the first century B. C., the ancient city of Sebastapolis is thought to have been one of the five largest cities in the Black Sea region about 2,000 years ago. Once visited by Charles Prince of Wales, the site now faces illegal excavations due to expropriation problems

Sebastapolis has been looted many times and has seen illegal excavations, as it is located in a town center and excavations to saving the ancient ruins continue with cooperation from Gaziosmanpaşa University (GOÜ) and the Tokat Museum Directorate.

An academic from the Department of Art History of the Faculty of Science and Literature at GOÜ and the adviser of Sebastapolis Ancient City Excavation Works, Associate Professor Şengül Dilek Ful, said the excavations are now continuing at the baths section of the city. The baths are from second century B.C. in the Roman era and have striking architecture. Small ceramics and Byzantium coins have also been found. The archaeologist believes that this section was used for different functions at the time.

It is unfortunately covered by a district

The excavations have been ongoing for five years, and today, they are taking place in an area that was destroyed long ago, but unfortunately, they could not reveal much due to other problems. There is a Byzantine church and the excavations are now suspended due to expropriations, which mean they will not continue this year. As soon as the expropriation problem is settled the excavation will start again. The architectural plan of the church could not be completed before the end of excavations.

Ful said that if the city had been founded anywhere else, it could have been very different. As there are currently houses on the excavation site, owners have been digging in their own gardens and looters have stolen many great findings. Now, the area discovered is surrounded by a wire fence.

The site was visited by Prince Charles of Wales, but the reason for the visit is unknown. It may take a very long time for the whole ancient city to be uncovered and become a new tourist attraction.

The city is located 69 kilometers from Tokat city center, and while the exact establishment date is uncertain, it dates back to at least the first century B.C. and was separated from the cities of Pontus Galatius and Polemoniacus around 97 A.D. to 118 A.D. during the time of Roman Emperor Trajan. As it was on the main roads and thanks to the thermal springs still used today, it is estimated to be one of the five-largest cities in the region at the time. It had the authority to produce money, which meant wealth, due to great wars, destruction and natural disasters over the course of history, the city was forgotten.

Excavations of the site began in 1986 by the Tokat Museum Directorate and continued until 1991.