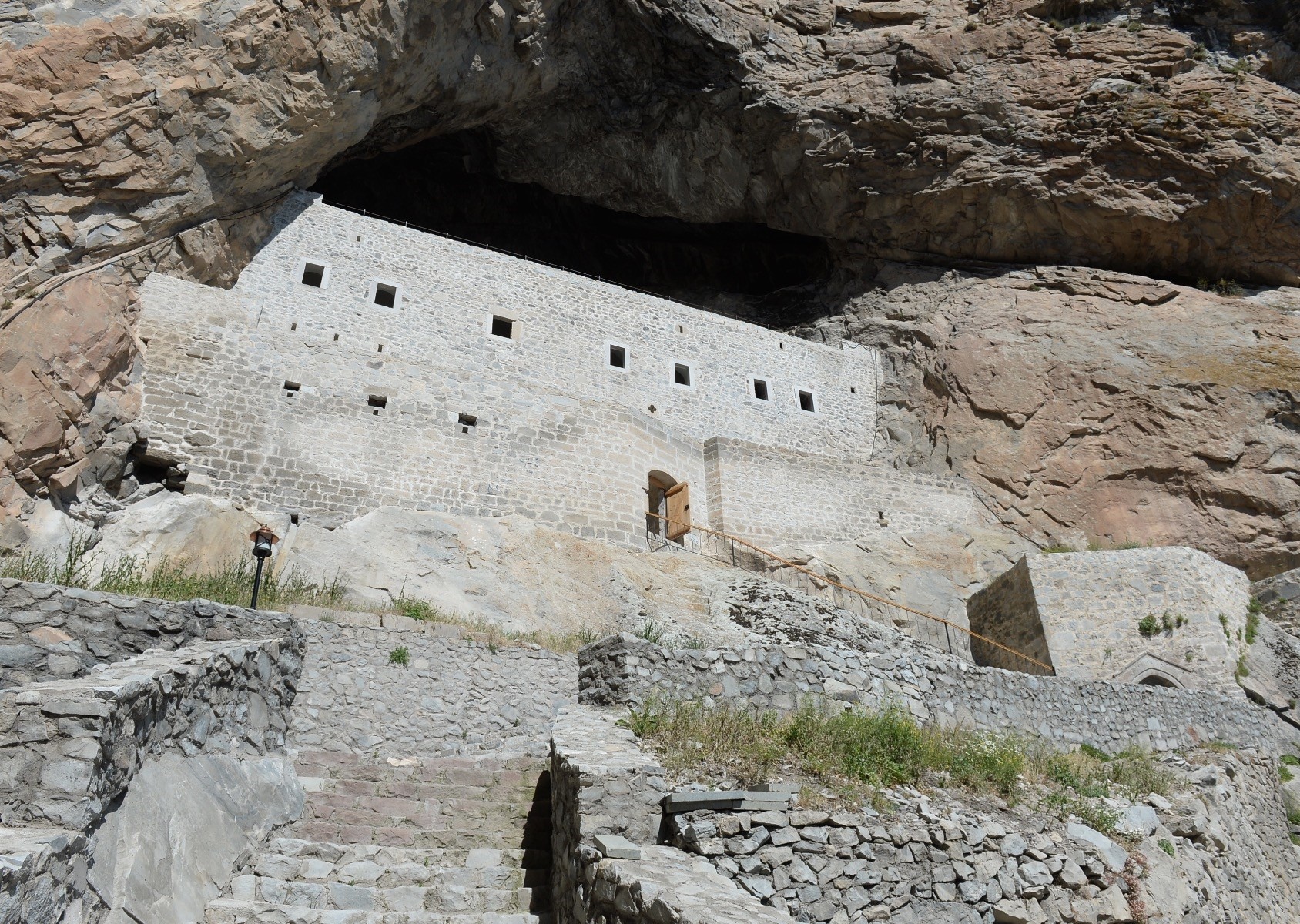 It takes 20 minutes to arrive at the historic monastery, which was built out of a natural cave on a rocky hill in the village of Kayadibi. Used by early Christians in the past, the monastery now attracts local and foreign tourists.

Giresun's provincial director of culture and tourism, Kemal Gürgenci, told Anadolu Agency that the four-story, 32-room monastery has great potential for religious tourism in the region.

Explaining that the monastery took its final form in the 19th century, Gürgenci said, "It is known that Greeks of Turkey from nearby cities used to visit the monastery to conduct religious ceremony until the 1940s."

"It has officially been announced as an archaeological site by the Culture and Tourism Ministry. After restoration was completed in 2013, it became one of the most popular destinations in recent times," he said, adding that the monastery is making considerable contributions to Giresun's religious tourism.

Gürgenci noted that the monastery is located on a route that connects the Black Sea region to central Anatolia.

"Those who are traveling on the route can easily visit the monastery. It is just 11 kilometers from the highway. The Black Sea region has both Islamic and Christian structures. We want visitors to our region to see the monastery, which represents the ancient local cultures," he said.

Gazanfer İltar, an associate professor at the Celal Bayar University Faculty of Arts and Sciences Department of History of Arts, explained that the monastery is a four-stage structure.

"The first part is a garden, which is located just in front of the cave. In the garden, there are things like a holy spring for Orthodox Greeks, a fountain, a cistern and a grave," İltar said.

"This structure is totally located in the cave. On the first story, there is a hall, kitchen, dining room and a chimney. On the second floor, there are monks' rooms and a grand terrace, and on the third floor, there is the monastery church. The whole structure is 27,500 square meters in total," he added.

Prefacing that the monastery was in use during Ottoman times, İltar said, "The monastery records are available in the Ottoman archives of the 1890s. As far as is known, it was categorized under the group of structures bound to the Ecumenical Patriarchate of Constantinople. The structure was abandoned in the aftermath of World War I."