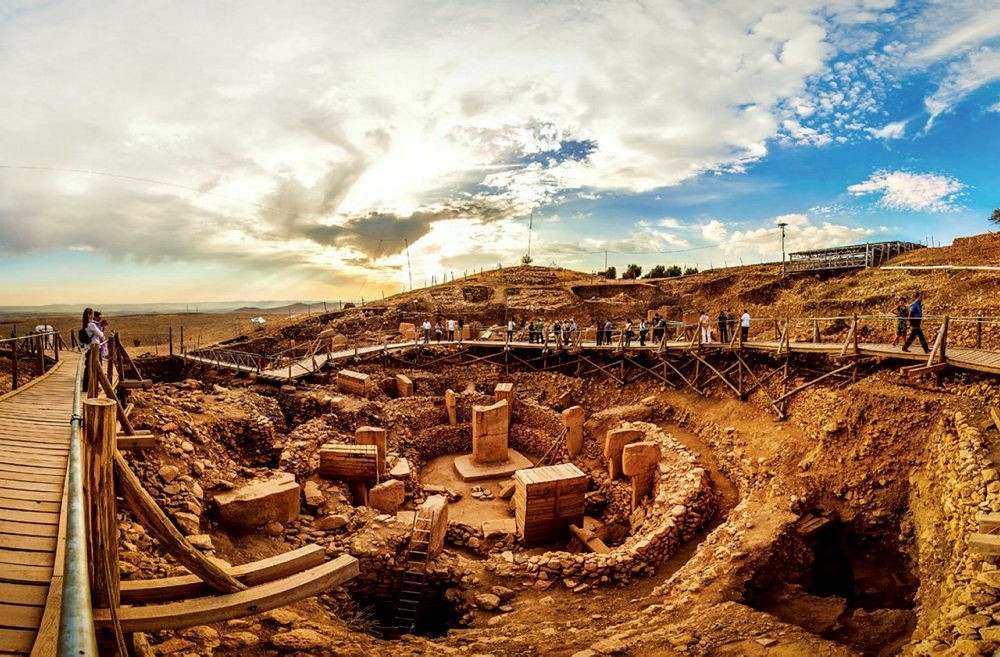 Turkey will nominate the historical site of Göbeklitepe, regarded as one of the oldest sites of archaeological ruins in the world and home to one of the oldest temples in history, as its candidate for the 42nd UNESCO World Heritage List Committee Meeting in 2018.

Located 18 kilometers away from the city of Şanlıurfa in southeastern Turkey, the site was first discovered in 1963 by researchers from Istanbul University and the University of Chicago during preliminary surface studies.

Characterized as "ground zero for human history," Göbeklitepe stands out among other archaeological sites, dating back 12,000 years, circa 10,000 B.C. Excavations at the site were launched in 1995 by German Professor Klaus Schmidt, who brought to life the previously-unearthed finds that have long caused a stir among academics.

Şanlıurfa Culture and Tourism Director Aydın Aslan said the necessary documents for the site's candidacy to the UNESCO list were delivered to Turkish officials, and following the tourism minister's announcement Göbeklitepe's UNESCO bid will officially start.

Aslan said the site is temporarily closed to visitors due to the ongoing roof construction however, it will soon be opened to the public.

Approximately 4,000 square meters of steel roof work is being constructed in order to provide the historical site with better protection from environmental elements and will soon be completed as the site prepares for the final stages of its UNESCO candidacy.