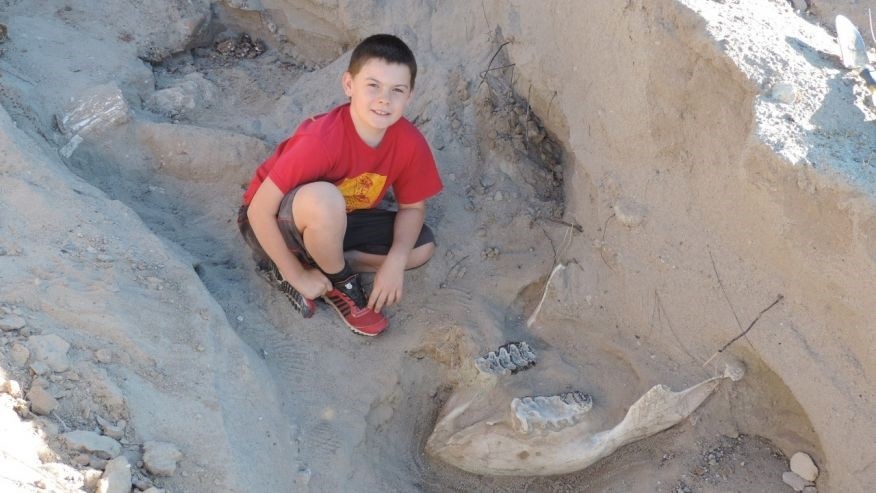 A nine-year-old boy's tripped on a family hike in New Mexico and gave the world a prehistoric wonder.

Jude Sparks, who is now 10, was on a desert hike in Las Cruces in November when he tripped over what turned out to be the fossilized tusk of a 1.2 million-year-old elephant-like creature, called a stegomastodon.

The family contacted New Mexico State University professor Peter Houde, and he and a team from the university spent a week digging up the skull in May after getting permission from the landowner.

"I immediately recognized the importance of what it was. We went out there the very next day to have a look at it," Houde said, adding that fossils usually do not survive the erosional process to get to the surface and just decay into tiny little bits.

"The skull that we found is one of the very best to have been found in New Mexico," Houde said.

He estimates the entire skull ways about a ton.

Houde expects the university to put the skull on exhibit after it's studied and reconstructed, which could take years.

The fossil is now being kept at the university's Vertebrate Museum for further study.