120-year-old Russian howitzers to be displayed in war museum 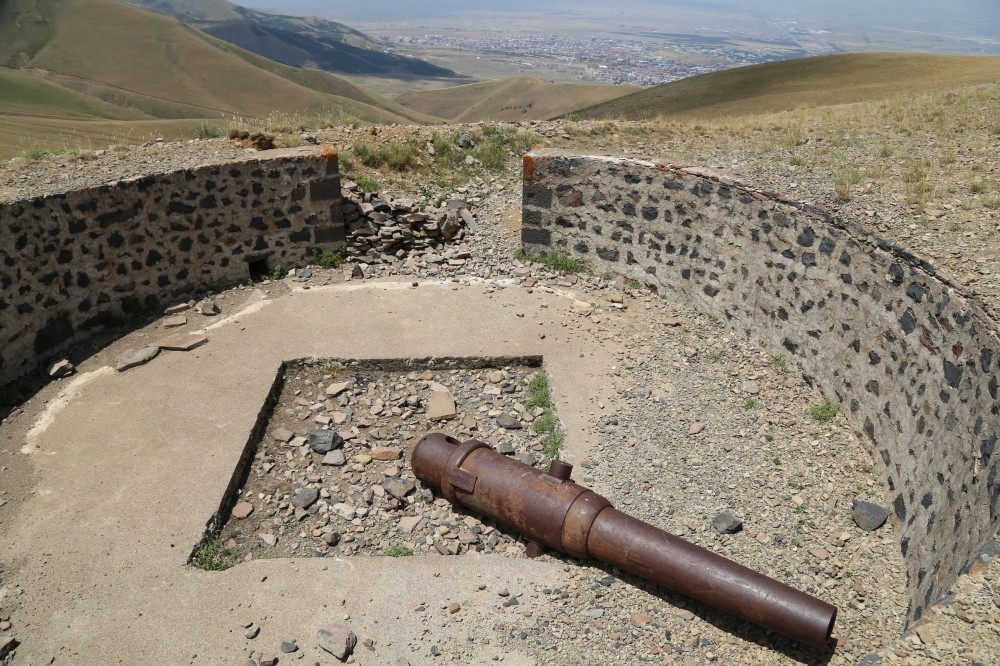 Two 120-year-old Russian howitzers deployed to the passes of Palandöken Mountain during the occupation of Erzurum during World War I will be on display at the war museum that will be opened at the Nenehatun Historic National Park. The two howitzers brought from the Perm region of Russia to the location of the Abdurrahman Gazi Mausoleum in the war were found 17 years ago in Erzurum when Çetin Bayram, the chairman of ATAK Outdoor Sports Club, climbed Palandöken Mountain and were recovered in line with Governor Seyfettin Azizoğlu's instructions.

The Russian artillery were lifted down with construction equipment from Palandöken Mountain, which is nearly 2,700 meters in altitude. They have been taken under protection by the Provincial Culture and Tourism Directorate.

The howitzers will be displayed at the war museum that will open soon at Nenehatun Historic National Park.

Provincial Culture and Tourism Director Cemal Almaz told Anadolu Agency (AA) that the city had been occupied by Russia after the Battle of Sarıkamış during World War I.

Noting that the two howitzers were brought from the Ural Mountains of Russia, which are 3,500 kilometers away, Almaz said: "These cannons were above the mausoleum on Palandöken Mountain. The Russians abandoned the 7-ton guns, which had a range of 11 kilometers."

Explaining that the Russian occupation lasted two years, Almaz said the howitzers were used in the wars in the area.

Mentioning there are also Aziziye bastions in the national park, he said: "Abandoned cannons and weapons will be displayed at the museum. We will make a new visual exhibition area for our visitors coming to the national park. Bastions are one of the visual monuments of the defense area and they are all related to war advocacy. Displaying those cannons will be integrative. We will bring the historic weapons to light in the bastions in which the history happened."

Çetin Bayram, who works at the Erzurum Governorship, said they researched the guns by looking at the writing on them, and added: "The cannons were made of pure steel in 1887 by the Russians.

"These howitzers were hidden in the area called the 'Blood Land' in the east of Palandöken Mountain. We are putting them on display after 100 years," Bayram said. He also reported that the museum is planned to be completed on Nov. 9.