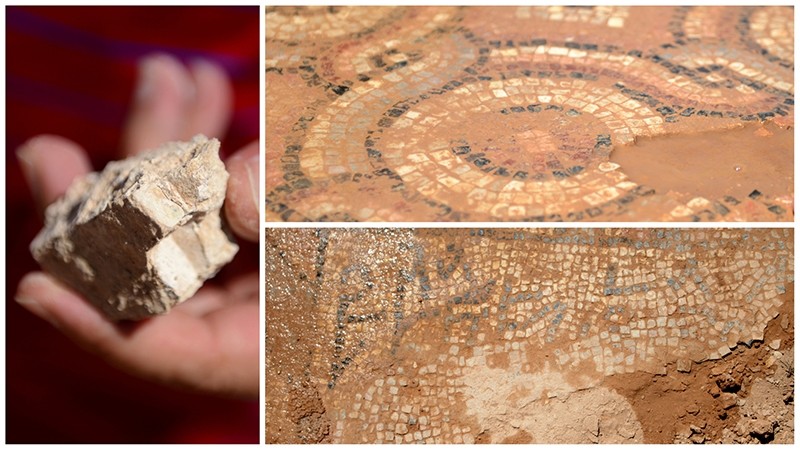 Archaeologists said Wednesday that they have found remnants of a 1,600-year-old Byzantine chapel in the Elbeyli district of Kilis, in southern Turkey.

The team also uncovered a Roman floor mosaic and an ancient inscription dating back to the early Byzantine period during excavations.

The ruins were discovered when security forces found out that illegal excavations were being carried out in the rural district of the town of Sağlıcak, and reported the situation to the Provincial Directorate of Culture and Tourism who sent a team of archaeologists to the site.

The mosaic, which has been partially destroyed and taken under protection, is planned to be moved to another area.

Excavation work is expected to continue at the site in order to reveal more parts of the mosaic floor, and comprehensive studies will be carried out on it.

Kilis has been home to various civilizations throughout history and is situated in the northwestern part of the Mesopotamian Fertile Crescent.

Previous excavations in the province also revealed traces of Prophet Abraham's stay in the area, as well as a treasure from Alexander the Great. Kilis is also home to the Oylum tumulus, one of the largest in Turkey, with remnants from the Bronze Age, including cuneiform documents and seal stamps of Hittite kings.

Besides its rich and diverse past, Kilis has gained prominence in recent months for welcoming thousands of refugees fleeing the conflict in Syria.