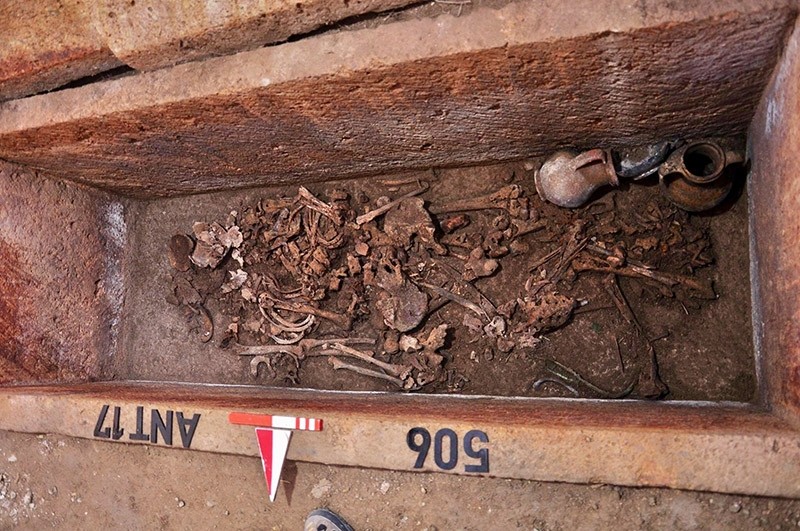 Researchers at the ancient Greek city of Antandrus, located in Turkey's Balıkesir province, have discovered the remains of a woman and a man, as well as numerous artifacts inside a 2,500-year-old sarcophagus, reports said Sunday.

According to a statement by project leader Professor Gürcan Polat from Ege University, the excavations, which started on July 10, shed light to the 5th Century sarcophagus.

"The bones most probably belonged to the people from the same family" Polat said.

The researchers also discovered an ancient bowl imported from Athens, two clay amphorae, and two strigils (a tool, similar to a scraper used by ancient Greeks and Romans to scrape sweat and dirt from the skin in a hot-air bath).

The ancient city of Antandrus is located in Edremit district of Balıkesir province. Surface excavations at the site were launched in 2,000.

Turkey is home to countless numbers of ancient sites from ancient civilizations and has made efforts to recover artifacts stolen, smuggled or legally transported to other countries.