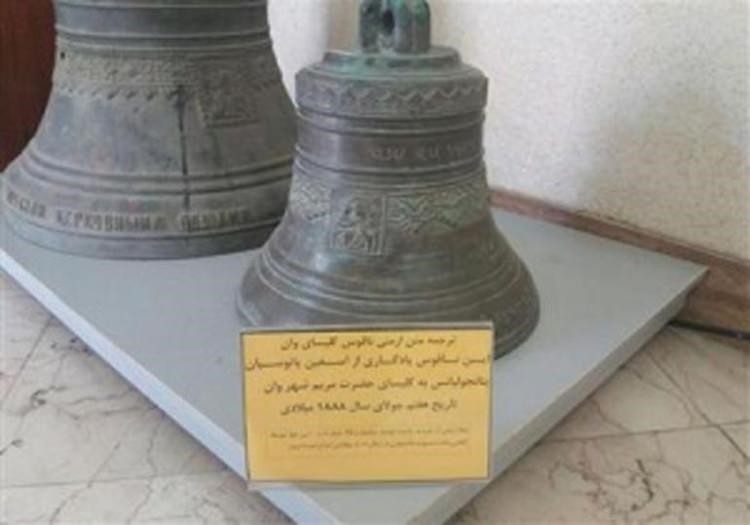 The vice-chair of the organization Mirhadi Kareseyyed-Romiani said that Iran will return all historical artifacts to the countries of their origin in line with legal procedures.

He noted that this policy is based on improving friendly relations with Iran's neighbors.

Estimated to be from the 14th century, the church bell originally belonged to the Saint Mary Church in Turkey's eastern Van province and was brought to Iran during wartime.

It has been on display at the Urmia Anthropology Museum in Iran's West Azerbaijan province.