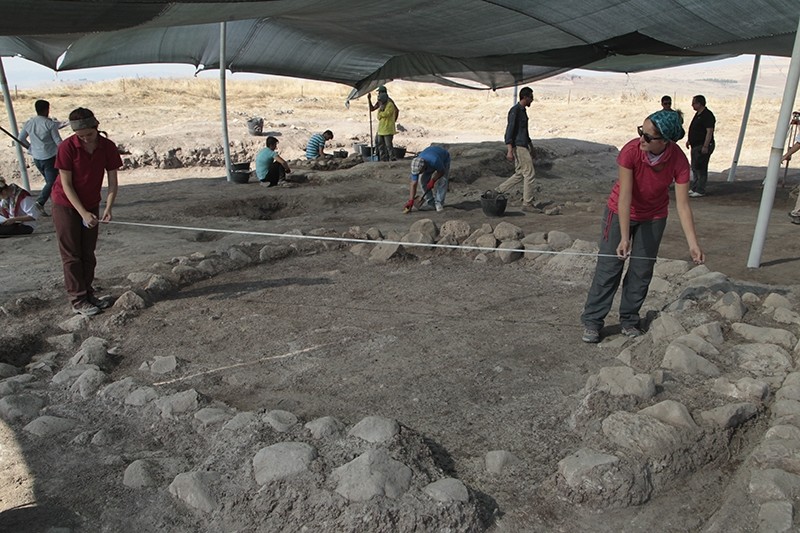 Traces showing the roots of the ancient Mesopotamian Sumer civilization have been discovered at an archaeological site in Turkey's southeastern Kahramanmaraş province, reports said Wednesday.

The Domuztepe Habitation Excavation Leader Professor Halil Tekin from Hacettepe University told Anadolu Agency that they found the "core" of Sumerians at the site.

Tekin noted that the settlement was the largest in the Near East in the Late Neolithic period, measuring around 49.4 acres. The settlement is thought to had been occupied between 6,200 B.C. and 5,450 B.C.

The people of the period did not have permanent settlements, meaning that there was no sufficient land suitable for agriculture near the settlement, the professor said, adding that their main sources of nutrition included goats, sheep and boars.

"[The settlement mound] was made out of a circular clay structure 6 meters in diameter, which indicates that they did not have a strong sense of a permanent structure," Tekin said, adding that their settlement was semi-permanent.

Tekin also highlighted that the people of the settlement lived peaceful lives for around 2,000 years and may have been forced to move as a result of climate change and other natural factors.

"The figures on pottery found here indicate that these people came from Asia… We knew around 100 to 150 years ago that Sumerians were also Asian," Tekin said, adding that they hope Domuztepe will enable researchers to connect crucial links in human history.

The Domuztepe settlement mount is located in Kahramanmaraş's Pazarcık district, near Kelibişler neighborhood. Excavations at the site have been led by professor Tekin since 1996.