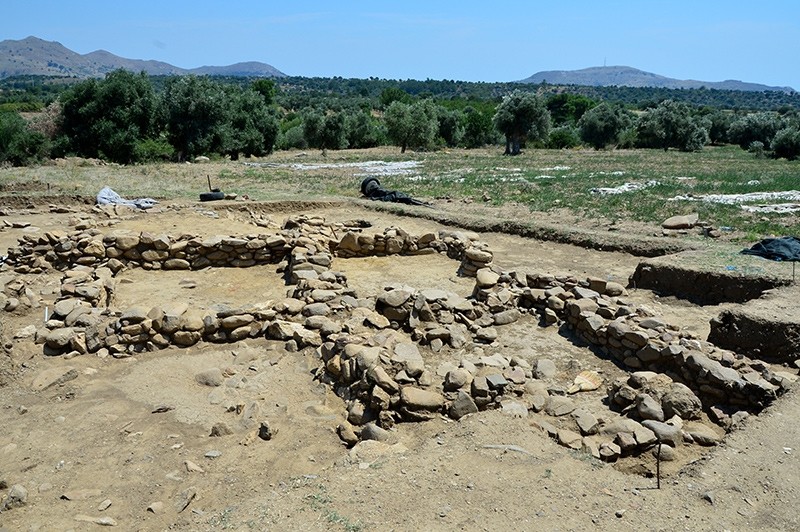 A 7,000 year-old complex structure and 13 human skeletons have been discovered in the largest island of Turkey, expected to shed light to thousands of years of human history.

The ancient structure was reportedly discovered in Gökçeada Island, off northwestern Çanakkale province.

Archaeologists at Uğurlu-Zeytinlik Settlement Mound have found the structure during excavations, which have been ongoing since 2009.

Professor Burçin Erdoğu from Trakya University told the Anadolu Agency that the area was home to the earliest settlements in the islands of the Aegean around the year 5,500 B.C., which was a period of transition around Western Anatolia, Northwestern Anatolia and the Balkans.

"We know that significant transformations have taken place in this period of transition, including changes in pottery and settlements" Erdoğu said.

He added that the structure they discovered at the mound had seven to eight chambers. 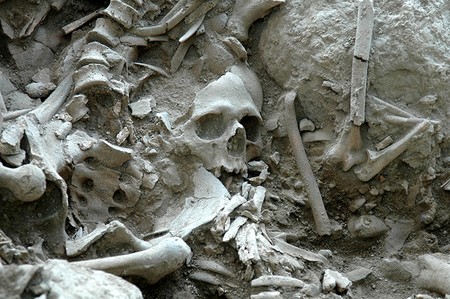 There were also various pits on the excavation site, one of which had bones belonging to men, women and children.

"This was a surprise for us because not many skeletons from this period have survived in Western Anatolia or Greece" Erdoğu said, noting that the way the bones were buried could either indicate that there was a disaster or it was a tradition.

Researchers at Middle East Technical University (METU) are expected to carry out DNA work to find more information about the bones discovered at the site.

Gökçeada, also known as Imbros, was one of the islands sacred to the god of metallurgy named Hephaestus.