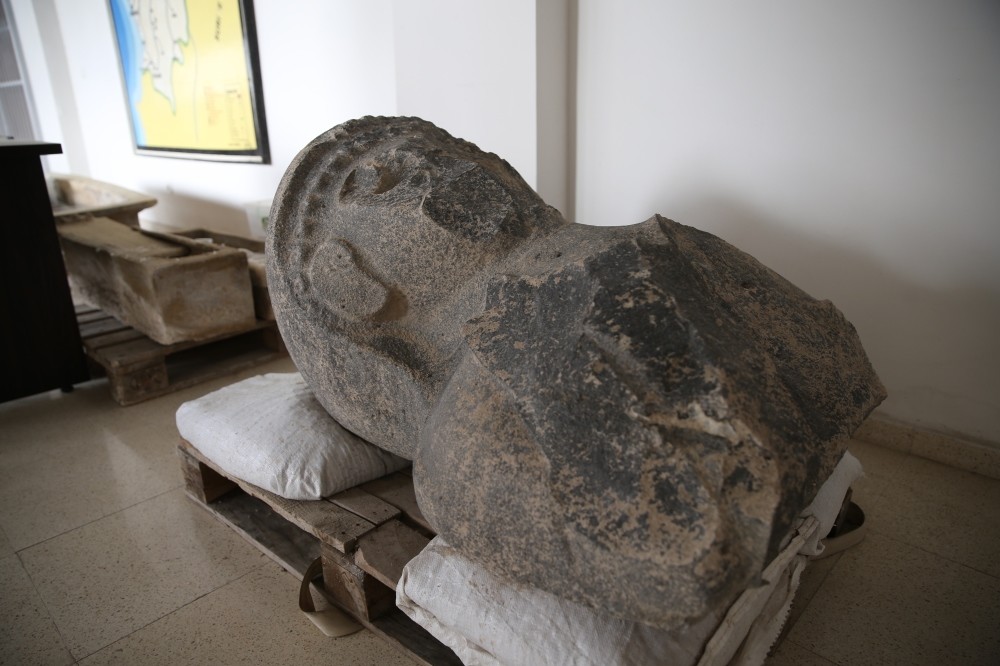 A statue of a female believed to have belonged to the ancient King Suppiluliuma's wife was found at the Tayinat Mound, a site where excavation works are ongoing. The statue, a part of which was found shattered, will be reformed into its original shape.

During the excavation work at the Tayinat Mound that continues in the Reyhanlı district of Hatay, a statue that is considered to belong to King Suppiluliuma's wife has been discovered. Archaeological works that have been ongoing for 13 years are coming to an end for this season. The statue that is believed to belong to the Late Hittite Period of the 9th century B.C. was found during excavations being conducted by a team of 20 researchers, overseen by Prof. Timothy Harrison of Canada Toronto University.

The shattered statue, which includes a head and the body parts of the artifact, is considered to be a statue of the wife of King Suppiluliuma and the findings will be examined to determine its origins.

Prof. Harrison, who is leading the excavations, told Anadolu Agency (AA) that they have made an important discovery with this statue, noting: "We have been conducting excavations in a field that was thought to be a gate area in the later years. We found a statue of King Suppiluliuma in 2012. Now, we have also found a female statue in the same area. The torso of this statue is well-preserved. The size and iconographic features of the statue are similar to the Suppiluliuma statue."

Harrison stated that they found the statue in a reversed position and believe the statue was thrown after being crashed.

Asserting that the discovery of a female statue is significant, Harrison said, "We think the statue is too big and the original size of it is between 4 or 5 meters. We have found many parts of the statue. We will begin a restoration project and I hope we can present the completed shape of the statue in the coming days. We also wonder who this statue is and why it was thrown like that. We have three ideas about it. The possibility of its being the wife of King Suppiluliuma is high because the statue was found in the same vicinity as the king's statue. On the other hand, it could also be the statue of the Anatolian goddess Kubaba. However, this statue is similar to a human ichnographically. Finally, it could belong to the first ancestor of the royalty or to any other royal of the family."

Harrison expressed his sincere thanks to Turkey's Ministry of Culture and Tourism as well as the Hatay Archaeological Museum for helping throughout the excavations. He also mentioned that they would introduce the completed shape of the statue and announce why it was crushed after the restoration of the structure is complete.

On the other hand, the statue of King Suppiluliuma, which has been on display for nearly four years at the Hatay Archaeological Museum, has been gaining attention from visitors lately.