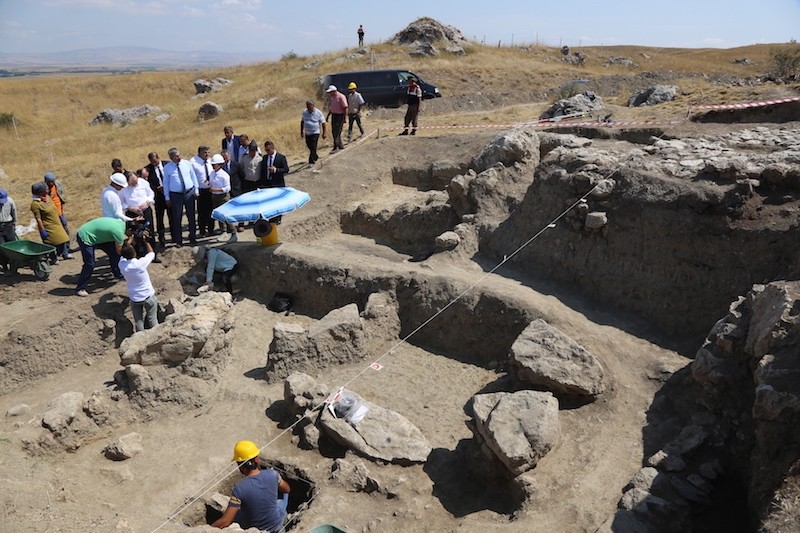 The discovery of an over 2,000-year-old dam and archaeological mound in central Turkey's Çorum is expected to bring in a new influx of tourists to the region.

Teams from Hittite University's Archeology Department uncovered the Örükaya Dam in the Alaca district of Çorum.

Hittite University archeology instructor, Dr. Emine Sökmen, stated that work at the site began 15 days ago, and that the mound and dam dated back 2,200 years to the Hellenistic period of Örükaya.

Sökmen added that analysis of stone samples would likely confirm the era, "The stone workmanship will provide important data. At first look, it appears to be Hellenistic."

Governor of Çorum, Necmeddin Kılıç, stated that he was ready to support projects at the site. "We have gained a new tourism destination with the work initiated at Örükaya Dam and Mound.

Congratulating the university for the discovery, he added, "We are ready to offer any necessary support to make the dam and mound more appealing for tourism."

Çorum is known for its wealth of Phrygian and Hittite archaeological sites. The region rose to prominence with the rise of the Hittite Empire between 1650-1200 BC, as arts and local economy began to develop and flourish.

The region was also home to capital of the Hittite Empire, Hattusa, during the late Bronze Age, given its strategic geographic position and established "Karum" or "trade post" economic system.