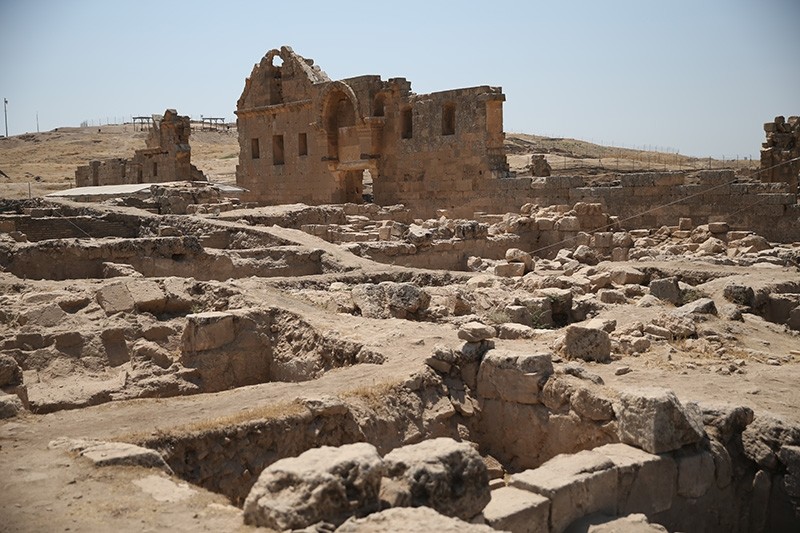 The discovery was made in Şanlıurfa's famous Harran Archaeological Site, which was home to a major ancient city in Upper Mesopotamian region. The ruins of the millennial shop and more than 300 decorated spherical and conical bottles were found in the excavation area recently.

Lead excavator Professor Mehmet Önal told Anadolu Agency that they are "working with utmost care" to reveal the potential of the excavation site.

"These are all evidence for us to see how Islam gave importance to scent in that period. In Harran, we see these bottles of fragrances like the cologne we present our guests. The common use of these bottles can be related to the tradition of wealth and use of fragrance," he added.

The perfume bottles were discovered near the bathroom, the mosque and the marketplace, which could mean that people used the scents after they cleaned themselves, Professor Önal said, adding that they were made out of clay and the outer surface of the bottles have floral, braid and other patterns.

Implying they think the fragrances in these bottles were produced there, Önal said that they were made nearly 1,000 years ago in the period of Zengid dynasty.

Explaining that they are trying to find more information on the objects with further excavations, Önal added they will share the information about the bath, toilets, bazaar and Abraham with the public at an international symposium held in Harran.

The use of perfumes dates back to the ancient Egyptian civilization, who used creative stone and alabaster bottles, which preserved the perfume.

Ancient Greeks and Romans also used perfumes and had painted bottles to preserve the scents.

With its vast history dating back nearly 5,000 years, Harran is a popular site for tourists and archaeologists. It was also the capital of Assyrians and Umayyads, and hosted various civilizations, including the Hittites, Persians and more.