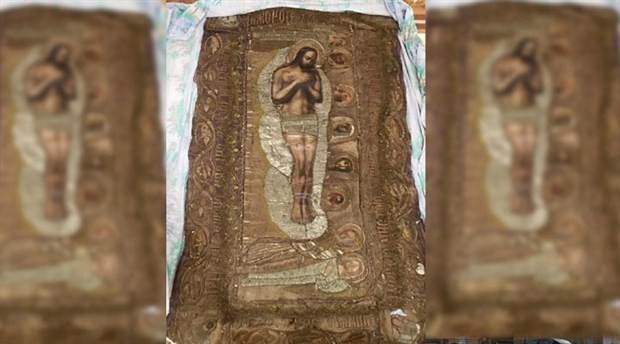 The police found the tapestry hidden in a bedroom closet, and arrested the owner of the house, M.P., his son, H.P. and another suspect, M.A. on suspicion of artifact smuggling after receiving a tip-off that the tapestry was being sold for 3 million euros.

The suspects claimed in their initial testimony that the tapestry was a souvenir that was belonged to them for a long time and demanded police to give it back.

During the raid, the police also confiscated a pump-action rifle, two knives, handcuffs and brass knuckles.