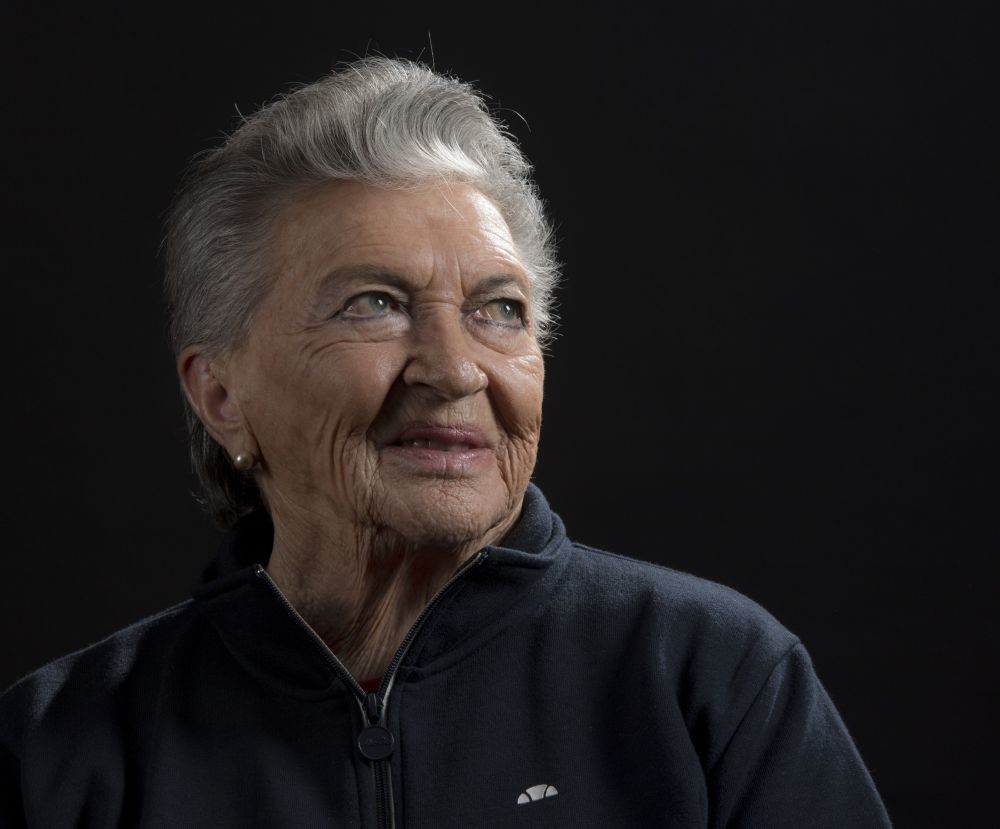 Margot Duhalde claims to be the only woman who signed up to the air force of the French state-in-exile to fight the Nazis in World War II.
by Sep 08, 2017 12:00 am

Margot Duhalde lies awake scared when she remembers what she was doing over 70 years ago: flying fighter planes without a radar over England in World War II - and sometimes crashing.

A country girl from southern Chile, of French Basque ancestry, she became her country's first female pilot - and the only female aviator to join the Free French Forces of General Charles de Gaulle's government in exile.

Now 96, in a military retirement home in Santiago, it frightens her to recall the dangers she faced while playing her part in Europe's fight against the Nazis.

But as a young woman, she did not hesitate.

"Ever since I can remember, I wanted to fly," she told AFP. "According to my mother, I started saying 'plane' before I could say 'mummy.'"

Duhalde convinced her parents to let her leave her country home in Rio Bueno aged just 16 and go to Santiago to train as a pilot.

She lied about her age and enrolled in the Santiago flying school with the support of veteran French pilot Cesar Copetta.

In 1940, she answered the call of de Gaulle to join the French forces as a volunteer.

Aged 20, she was recruited as a pilot by the Free France consulate in Santiago.

She headed to Buenos Aires and from there by ship to brave the war in Europe.

Apart from the English weather, she faced the barriers of language and sexism at a time when female pilots were rare.

"The men always said that women were never going to be able to fly airplanes," she says.

"But they had to swallow their pride, because really we flew just as well as they did."

In spite of it all, she ended up being incorporated into Britain's Royal Air Force as it fended off the Nazi threat.

At first Duhalde was made to look after the sick and aid the mechanics.

But eventually she was recruited into the British force's Air Transport Auxiliary to help with the war effort. Her mission: flying Spitfires and other aircraft from one British airfield to another to prevent them from being destroyed on the ground by the enemy.

"Our mission was to clear the factories as soon as possible so the Germans wouldn't bomb them," she says.

"So in one day we could fly five separate flights."

Flying without a radar, she dodged the giant air balloons that were hoisted by the British to disrupt the courses of German bombers.

With no time for hours of flight practice, she and her fellow "ferry pilots" learned to fly the different types of aircraft with a bit of theoretical training and by reading the manuals.

"I believe we ran a risk every day, because we were flying planes that we were not familiar with," she says.

During her wartime service, she had about 10 plane accidents that nearly killed her.

"Nowadays it makes me afraid" to think of it, she said. "When I'm trying to sleep, I'll think of one of the accidents I had and get scared."

She was not the only female pilot to fly during the war, but in her home country she is a legend.

Her exploits won her the French Legion d'Honneur and decorations in Britain and Chile.

On returning home, she became the first female air traffic controller in Chile and worked as an airline pilot.