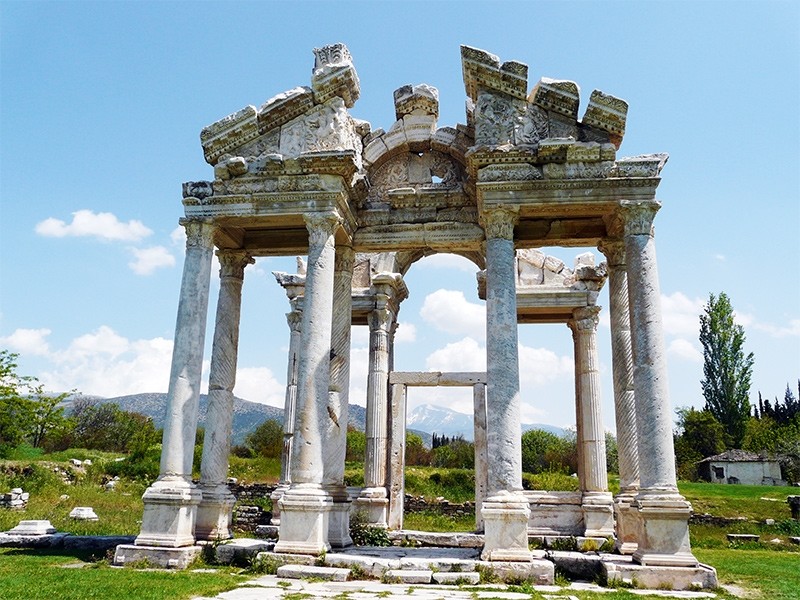 Known for monumental sites from the Roman era, including a sculpture school, a theater and an ancient temple, the ancient city of Aphrodisias in Aydın province has been included on the UNESCO World Heritage Site List, following the inclusion of the ancient city of Ephesus and the Diyarbakır ancient city walls in 2015 and the Kars Ani archaeological site in 2016.

According to the UNESCO Turkey website, the ancient city of Aphrodisias is a settlement that reflects the architectural and urban aspects of the Greek and Roman period. A magnificent site situated in the Karacasu district of Aydın, Aphrodisias is famous for the Temple of Aphrodite, which dates back to the third century B.C. and was built one century before the ancient city itself. Having been home to many civilizations and protecting the splendor of these civilizations until the sixth century A.D., Aphrodisias has witnessed many significant developments.

The archaeological site also includes marble quarries located on the north side of the ancient city, which has contributed to the wealth of archaeological information in the area. According to UNESCO, "the cultural effects of the statuary works produced by local schools within the marble mined from the quarries of the Mediterranean region" are the most important feature of the city of Aphrodisias.