Travel back in time with UNESCO's Year of Troy 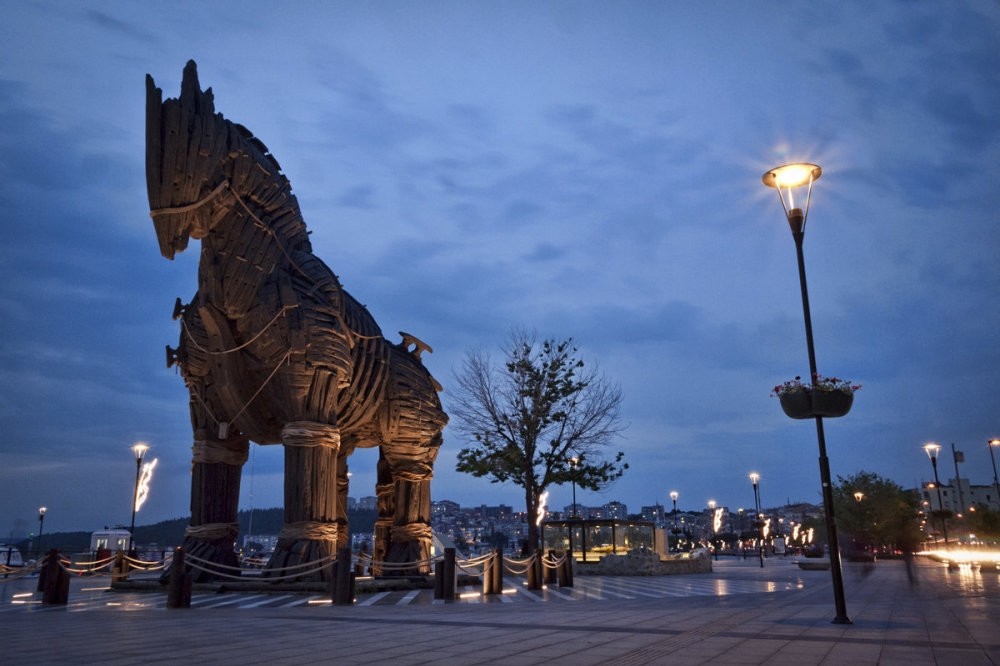 Subject of "The Iliad" by Homer, who is accepted as the first poet of Western culture, the Legend of Troy will be revived as Turkey announced 2018 will be "The Year of Troy," in reference to the 20th year anniversary of the ancient city of Troy's recognition by UNESCO in its World Heritage List.Thanks to the celebrations and culture and arts events, it is expected that 700,000 tourists will visit Çanakkale, boosting tourism.

As part of the celebrations, the Museum of Troy will be opened to visitors. The museum will also feature pieces that were smuggled from the ancient city and brought back to Turkey thanks to the efforts of the Turkish Ministry of Culture and Tourism.

The program for the events and promotion organizations is as follows:

Costing the Culture and Tourism Ministry TL 50 million ($14,565,000), the Museum of Troy is being planned on opening next year. It will be one of the few museums constructed in accordance with the understanding of a contemporary museum. Located on an area of 10,000 square meters in total, 3,000 of which is assigned for exhibition lounges, the museum will feature pieces which were abducted abroad and then returned back to Turkey. Also 24 pieces of gold jewelry that were returned to Turkey after 125 years, including pieces that belonged to Helen of Troy, will be exhibited in the museum.

War of Troy to be animated

Under the context of the events, which will be conducted in Çanakkale (Dardanelles) in 2018, Turkish State Theaters and State Opera and Ballet will perform plays and musicals with the Troy theme.

Thanks to the symposiums attended by foreign experts and presentations containing 3D animations of the War of Troy, the ancient city's thousand year old history will be unearthed one more time.

The International Games of Troy, in which athletes all around the world will compete in various branches, will increase participation in the project. Furthermore, the Turkish dance company Fire of Anatolia will be on the stage with their Troy-themed performances.

Under the context of "2018, the Year of Troy" celebrations, some prominent figures including Brad Pitt, Diane Kruger, Eric Bana and Orlando Bloom, the stars of the film "Troy," will be sent special invitations.