Weapons used by Ottoman Army during Siege of Vienna, WWI showcased in Austria 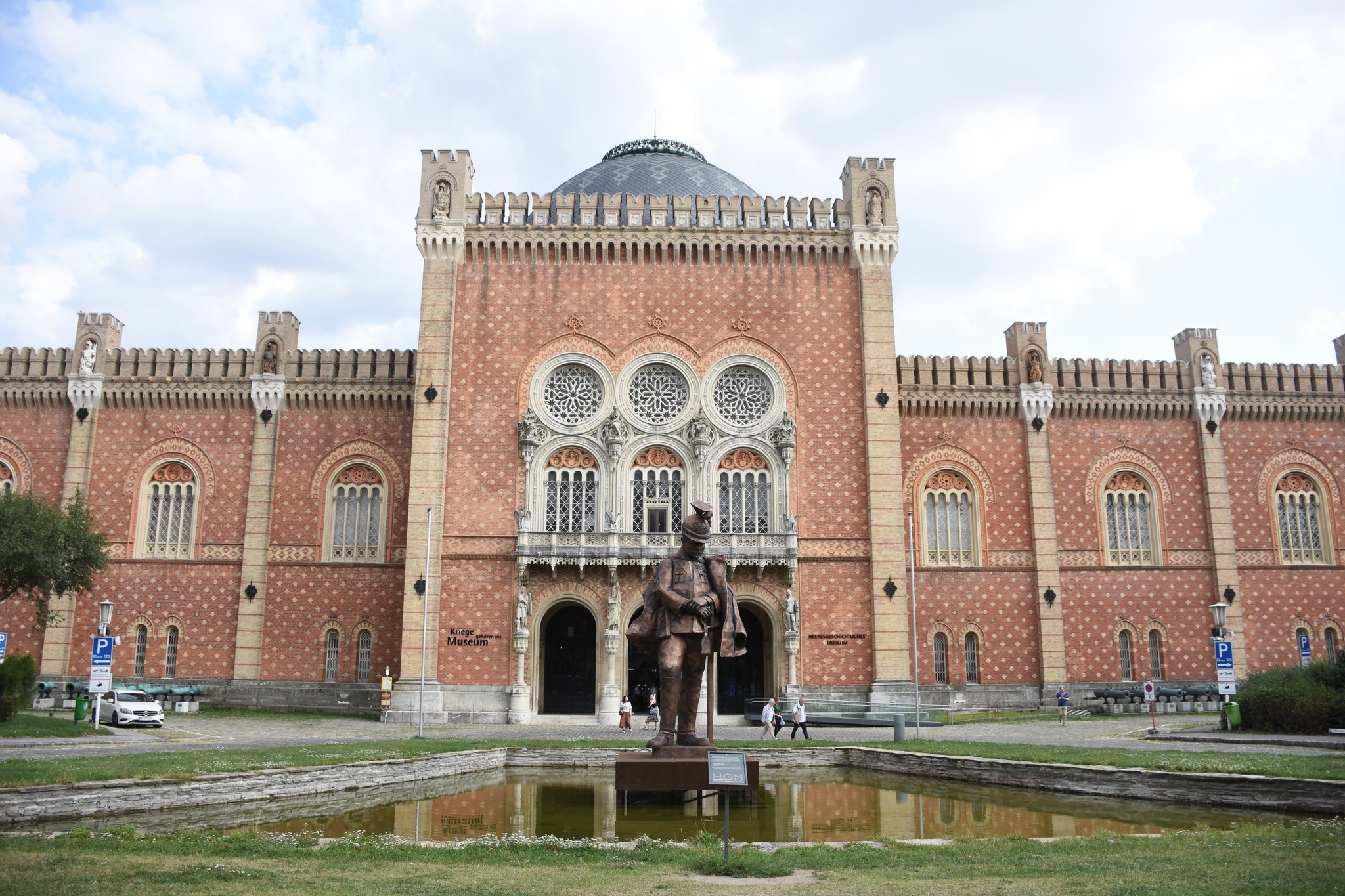 The Military History Museum at the Vienna Arsenal is currently hosting about 1.5 million works of art from different periods and wars since the 16th century, including Ottoman war weapons and equipment.

The museum displays more than 100 swords, daggers, arrows and banners, including Ottoman weapons and military ammunition mainly from the second Vienna siege, which were obtained from the many wars that took place between the Habsburg dynasty and the Ottoman Empire.

At the entrance of the museum, visitors are greeted by 56 marble statues of the most famous Austrian military commanders. With its domed structure, marble columns and murals depicting scenes from important wars in Austrian history, the museum houses nearly 1.5 million military installations, important portraits and sketches from five centuries, between the Thirty Years' War, one of the deadliest European religious wars and the destructive World War II.

Among the most attention-grabbing pieces in the museum are weapons and equipment that were seized from the Ottoman army during the period from the second Vienna siege to the Treaty of Karlowitz (1699), such as arrows, bows, rifles, cannonballs, banners and tents.

In contrast to European armies, the museum shows that the Ottoman army still used bows and arrows in wars between the 16th and 17th centuries. The introductory booklet the museum provides says that Ottoman soldiers were capable of throwing as much as 15 arrows in a minute and could shoot any target within 300 meters.

The museum has six big exhibits, including those dedicated to Turkish wars, Germany-France wars, objects used in World War I and II, as well as an exhibit out in the garden, featuring fixed cannons, and large-sized military vehicles such as tanks.

Besides Turkey, the museum houses the most Ottoman artifacts in the world, while offering a look at the weapons, uniforms and belongings of Ottoman soldiers from the First World War, as well as medals, embossments and ornaments belonging to Enver Pasha and Sultan Vahdettin I.

"I can say that we are one of the world's greatest and largest military museums with close to 1.5 million historical items. In addition, the museum exhibits war and military weapons and equipment from different periods, which inspires many museums," Christian Ortner, the director of the museum, told Anadolu Agency.