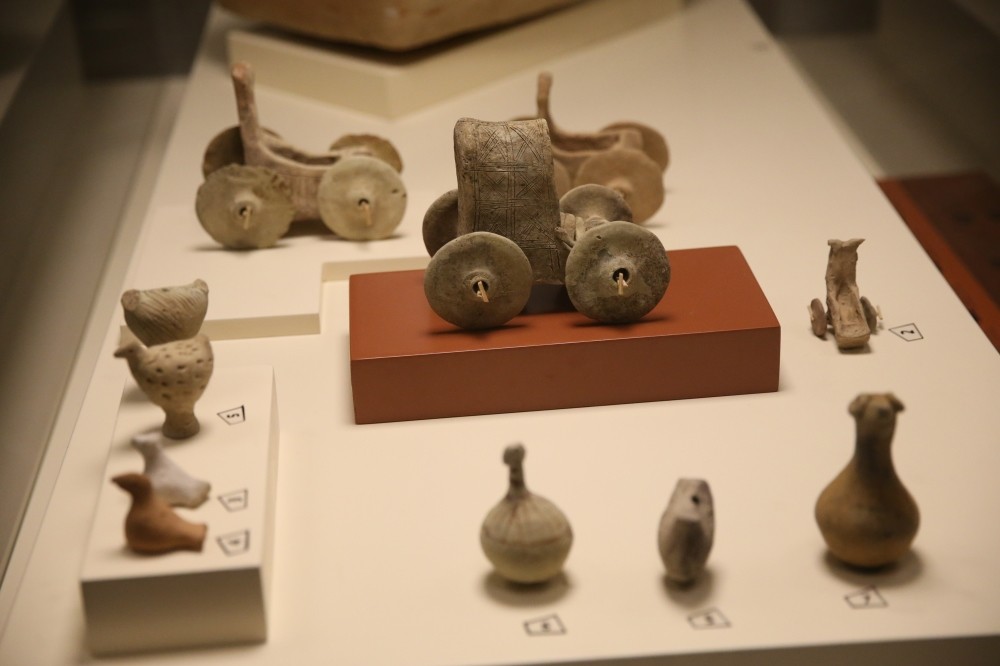 The toy chariot (above) and a rattle are among the artifacts discovered in child's grave.
by Daily Sabah with AA Oct 03, 2017 12:00 am

Archaeologists in the southeastern Turkish province of Şanlıurfa, where many prophets cited in the Bible and Quran are believed to have lived, found a 5,000-year-old toy chariot buried along with a child.

The toy in the grave was accompanied by a similarly ancient rattle in Sumatar, an ancient city where Moses is believed to have lived before the Exodus.

Celal Uludağ, who heads the delegation of archaeologists working in Sumatar, says the toy made of clay dates back to the Bronze Age and was likely made for the child of a king or a high-ranking official. "The chariot reflects what children were playing with at those times and the sense of the aesthetics at that time," he said.

Associate Professor Yusuf Albayrak who works at the site says Sumatar has been a center for pagans and they discovered about 120 "rock" graves in excavations that started five years ago.

"We have unearthed 45 graves so far and it was in one of those graves that the chariot, a small replica, and a rattle with bird motifs were found. It was a custom during that time to bury children with their toys when they died. This is an interesting find for us indicating that baby rattles existed even 5,000 years ago," Albayrak said.