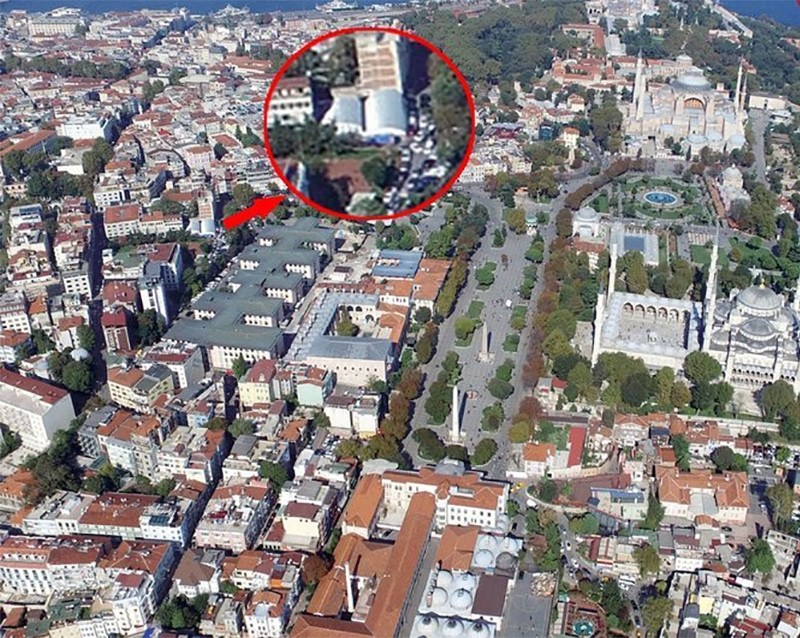 A fourth century A.D. Byzantine palace may be located under a building which previously belonged to the Press Publicity Association, reports said Friday.

According to the Habertürk daily, the 360-square -eter land above the ancient palace, located in Istanbul's famous Sultanahmet district, was put under protection after its evacuation in 2011 and demolishment in 2013.

Excavations have not been launched yet, the daily reported.

Archaeologists have reportedly said that the palace could have been constructed by Philoxenus, one of the great senators during the reign of Byzantine Emperor Constantine the Great, between 324 and 337 A.D.

Another scenario claims that the site includes the remains of Senator Lausus' Palace, thought to be constructed between 415 and 420 A.D..

Archaeologists have also discovered vaults of the Cistern of Philoxenos (Binbirdirek Sarnıcı), which is located right across the site of the unidentified palace.

Meanwhile, the Press Publicity Association noted that the vault structure has been registered as a cultural asset.

The district in which the palace is located, includes some of the most popular tourist sites in Istanbul, and is home to countless numbers of ancient, Byzantine and Ottoman landmarks, including the Hagia Sophia, Basilica Cistern, and the Topkapı Palace.