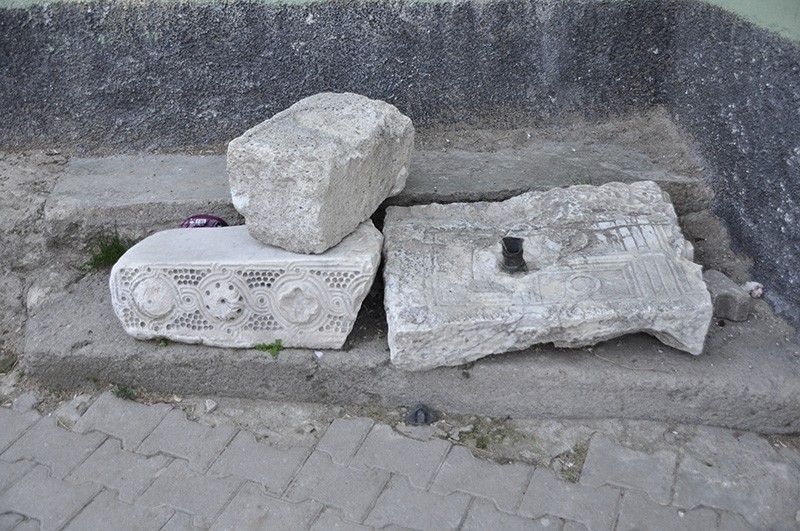 Ancient symbols on a 3,200-year-old stone slab have been deciphered, shedding light on what archeologists call "one of the greatest puzzles of Mediterranean archaeology."

The 29-meter limestone slab was found in Afyonkarahisar, central Turkey in 1878, inscribed with the longest-known hieroglyphic inscription from the Bronze Age.

Only now have archeologists been able to decipher the Luwian script, an ancient language which 20 people in the world can understand. A translation by Dr. Fred Woudhuizen and his team of Swiss and Dutch archaeologists offers an explanation for the collapse of the mighty Bronze Age civilizations.

The symbols tell the story of a fleet of seafaring marauders from western Asia Minor who conquered the eastern Mediterranean coastal cities, contributing to the collapse of the region's powerful societies around 1200 B.C.

"Luwians from western Asia Minor contributed decisively to the so-called Sea Peoples' invasions - and thus to the end of the Bronze Age in the eastern Mediterranean," said Dr. Eberhard Zangger, president of the Luwian Studies foundation.

Kupanta-Kurunta, king of the late Bronze Age state of Mira, may have commissioned the writings in 1190 B.C.

The inscription was first found 1878 in the village of Beyköy, 34 kilometres north of Afyonkarahisar, Turkey, and copied by French archaeologist George Perrot before being used as building material for a mosque.

It was rediscovered in 2012 in the estate of the late English prehistorian James Mellaart and given to the Luwian Studies foundation for research.

"One of the greatest puzzles of Mediterranean archeology can thus be plausibly solved," said the foundation.