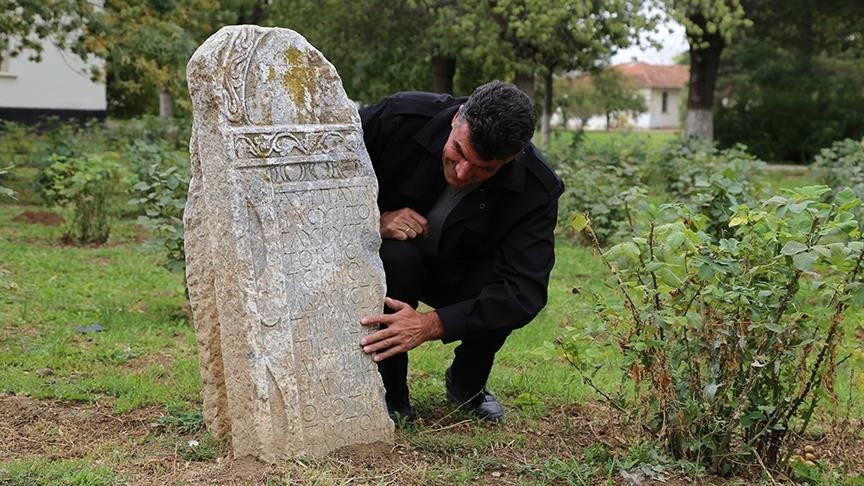 Historians discovered a stone embellishing Konya Agricultural Administration's garden ties to the plot of land to another state farm from the Roman era.

The stone, discovered in central Turkey's Konya province, is believed to have been made by a Roman agricultural manager to commemorate harvest time.

"In our research, we understand that the writings on the votive stone are a farm directly connected to the empire during the Roman period," Selçuk University history department professor Hasan Bahar told Anadolu Agency.

The stone indicates a continuing tradition of agriculture in the region.

"This is a welcome parallel. The Roman farm manager made a votive stone, and in our day, a manager has set up the stone at the administration building. It's a connection across 2,000 years."

The 44 square kilometer agricultural plot, located in the Sarayönü district of Konya, was taken over by the state in 1942, under the name "State Production Farm."

The General Directorate of Agricultural Enterprises (TİGEM) has operated the farm since 1984, producing roughage and seed for animal husbandry. Its produce is capable of feeding 1000 head of cattle.