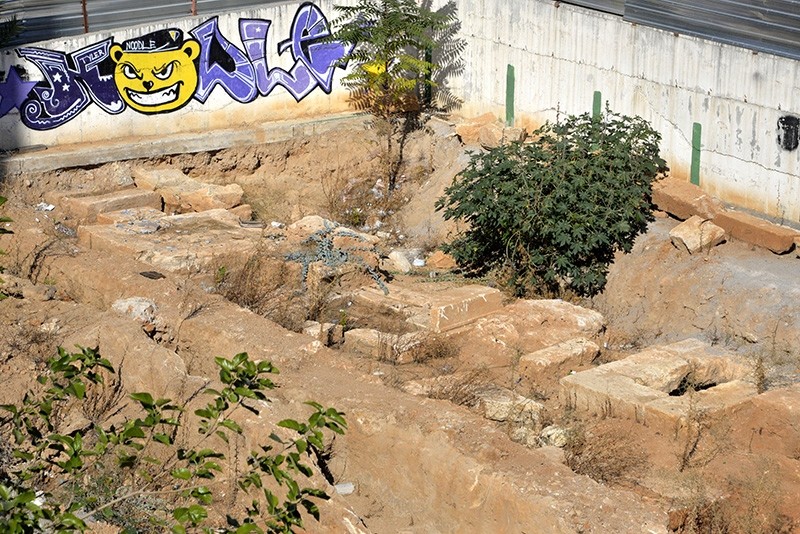 A total of six ancient tombs and a water tunnel were discovered Saturday during construction works in southern Turkey's Antalya province.

The construction works near the city's historical Kaleiçi neighborhood were immediately stopped upon the discovery, and the site was placed under protection by the Antalya Museum Directorate.

Experts from the Antalya Archeological Museum noted that the sarcophagus-shaped tombs were from the Roman period.

Underlining that only royals and important personalities were buried in Kaleiçi, the experts suggested that the newly discovered tombs were probably linked to the previously found community necropolis in the area called "Eastern Garage" and other tombs unearthed during construction works near the Hadrian's Gate.